The cancellation of the mandatory long-form census has damaged research in key areas, from how immigrants are doing in the labour market to how the middle class is faring, while making it more difficult for cities to ensure taxpayer dollars are being spent wisely, planners and researchers say.

Statistics Canada developed a voluntary survey after Ottawa cancelled the long-form census in 2010. Many had warned that the switch would mean lower response rates and policies based on an eroded understanding of important trends. Now researchers – from city planners to public health units – say they have sifted through the 2011 data and found it lacking.

Their comments come as a private member's bill to reinstate the mandatory long-form census will be debated in the House of Commons Thursday. The bill, expected to be voted on next week, has slim odds of passing, given the Conservative majority. But it is drawing attention to the impact of the switch, which has created difficulties in determining income-inequality trends, housing needs and whether low-income families are getting adequate services.

The impact isn't just on researchers. Cities, such as Toronto, say it's become more expensive and requires more staffing to obtain data that's of lower quality. The key areas of concern are tracking long-term shifts and understanding what's going on at the neighbourhood level.

The last census in 2011 cost a total of $652-million, including an extra $22-million due to the change to the voluntary National Household Survey. The total budget for the 2016 census won't be decided until February or March, Statscan has said. But the current plan is to hold another voluntary survey. All told, 35,000 people will be hired for this effort.

"It has certainly impacted my own work on what has been happening to middle-class earnings in Canada," says Charles Beach, professor emeritus of economics at Queen's University.

More broadly, it has "inhibited research into inequality and identifying winners and losers in economic growth, research into understanding the national problems of the have-nots in the economy, and research into how best to provision local government services."

In the private sector, the Canadian Chamber of Commerce, whose network represents 200,000 businesses across the country, is publicly calling on the federal government to restore the mandatory long-form census.

Some researchers – such as those working on a sweeping long-term study on income polarization in Canadian cities – are choosing to abandon using the NHS altogether. They may be settling for less-detailed tax-filer data, while others, such as some public health units, are still using outdated 2006 census data.

In Canada's largest city, "it has definitely had an impact in the way we plan for services" for people such as seniors, single parents, youth and immigrants, says Harvey Low, manager of social research at the City of Toronto. "We are less sure " about the characteristics of people served in communities.

It's now tougher to know whether free programs, such as swimming lessons or skills training, are being offered in the most high-need communities. It's more difficult to plan subsidized child care. And there are now "huge gaps" in the ability to understand health trends in Toronto's population.

The change has affected the city's finances. "We definitely have to spend extra dollars on pursuing other sources of data … and the staff time to assess whether we can use it to compare over time."

Hamilton, too, is grappling with changes. It's less clear whether the city's poverty rate is declining and who is falling behind. The national household survey also showed a puzzling decline in its Chinese population, even though Hamilton, like most other cities, is seeing a broad increase in visible minorities. Social planners don't know whether this decline is due to people moving, an aging population – or low response rates.

The effect hasn't just been in urban centres. Canada does not regularly gather unemployment statistics on First Nations people living on reserve, so the mandatory long-form census provided the best picture of a situation that all federal parties identify as a policy priority.

In Atlantic Canada, economics professor Ather Akbari has used every census since 1981 to scrutinize how immigrants have done in the labour market and see whether this performance has changed over time. That long-term understanding has been hurt. Dropping the long form means "it is difficult to derive reliable conclusions," said Prof. Akbari of St. Mary's University. This is especially the case for smaller provinces with lower populations and response rates, he said.

He says he can no longer analyze whether some groups – Acadian communities in Nova Scotia, Chinese immigrants in Halifax or Indian newcomers in Yarmouth – are landing jobs or improving their earnings over time.

Sara Mayo, social planner at the Social Planning and Research Council of Hamilton, says the result of the census changes has been less data for more money. "In terms of fiscal prudence, this made no sense. Why would any government want to pay more for worse-quality data?" 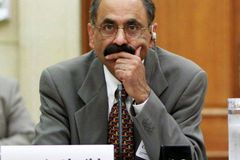 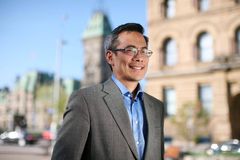 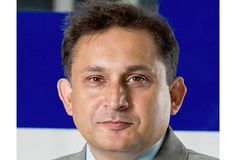