In its final night of negotiations, the Durban climate summit is debating a compromise deal that would postpone any legal rules on carbon emissions until after 2020.

The deal seems to be crafted to satisfy the demands of the United States, Canada, China and others, but it has already sparked heavy criticism from the European Union, along with poorer countries in Latin America and Africa. There were also reports that China might not accept it.

With no sign of an emerging agreement, the Durban negotiations are expected to spill over into Saturday, if not longer. The negotiations were supposed to end Friday.

Under the deal proposed by the South African negotiators who are chairing the talks, the world's nations would agree to begin negotiations on a "legal framework" – rather than a "legally binding treaty" – to replace the Kyoto Protocol. The negotiations would begin next year, with a three-year deadline for reaching an agreement, but the new framework would only take effect "after 2020."

Under the deal, the new legal framework would apply to all countries. This was a key demand of the United States and Canada, which have complained that big developing countries such as China and India did not have any legal obligations to limit their emissions under the Kyoto treaty.

Canadian Environment Minister Peter Kent told reporters that he could accept the term "framework" instead of "treaty." Earlier this week, he said he could accept a 2015 deadline for reaching agreement on a new treaty.

But while the proposed compromise deal might satisfy some of the world's biggest polluters, it was quickly rejected by the European Union, small island states, and developing countries in Africa and Latin America. Those nations said the proposed compromise is too vague and weak, and fails to specify when it would take effect. The phrase "after 2020" could mean any time, they said.

Negotiations are continuing into the night, with no clear sign of when they would end. The European Union and the smaller developing nations are likely to make a counter-proposal in an attempt to toughen the compromise deal.

If the European Union fails to reach agreement with the larger polluters such as the United States and China, the European nations might refuse to extent their commitments under the Kyoto treaty, which would otherwise expire at the end of next year. This is the main bargaining chip that the Europeans have been using in the Durban talks.

Environmentalists sharply rejected the proposed deal Friday, saying it would be a huge victory for the United States and a defeat for most other countries. "It would convert Kyoto into a zombie, with the purpose only of preserving carbon markets until it completely disappears after 2020," said Pablo Solon, former chief negotiator for Bolivia and now an environmental activist.

Mr. Solon said the term "framework" is much too weak. "It will not be binding. So we're going from bad to even worse."

If the compromise deal is accepted, the next 10 years would become "the lost decade" for the world's climate, he said. "If we allow this, we're going to burn the planet and cook Africa."

Steven Guilbeault, a veteran Canadian environmentalist and climate negotiations specialist, was equally critical of the proposed deal. He noted that the United Nations already has a "framework" to tackle climate change – the United Nations Framework Convention on Climate Change – and it has failed to prevent global warming. The "framework" term "doesn't mean a thing," he said. "We have a framework and it's called the UNFCCC and we've seen how effective it has been in reducing emissions. We don't need to repeat this mistake."

Meanwhile, several dozen protesters tried to occupy the conference hall where the Durban negotiations are happening today. But after 90 minutes of singing and chanting, they were evicted by security guards. Ten activists from Greenpeace had their accreditations revoked and were banned from the building.

Activists also announced they were awarding Canada the "Fossil of the Year" prize for the fifth consecutive year. They said Canada was obstructing the climate talks and opposing progress on a global agreement to reduce greenhouse gases. 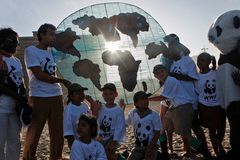 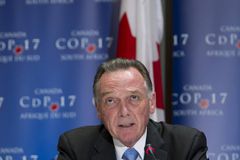 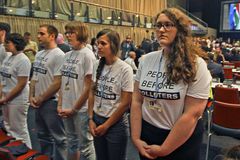 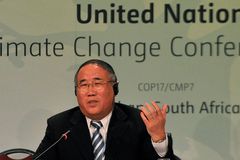 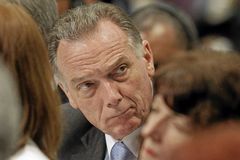 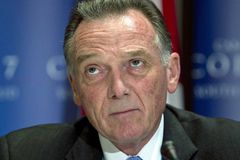