Environment Minister Peter Kent refuses to say whether Canada has decided in advance of new international talks on climate change to withdraw its commitment to the Kyoto protocol.

"I'm neither confirming nor denying," Mr. Kent told a news conference in Ottawa on Monday morning after news reports said the Conservative government, which has never embraced the agreement that was signed by its Liberal predecessors, would officially back away from the deal that it has ratified.

The Kyoto protocol was adopted at an international conference in Japan in 1997 and came into effect in 2005. It expires in 2012 and subsequent climate-change conferences in Copenhagen and Cancun, Mexico have failed to arrive at an agreement to replace it. So representatives of 195 countries are meeting in Durban, South Africa, this week to try to hammer out a global deal to reduce carbon emissions.

The Conservative government says it will not make a second commitment to Kyoto. It instead wants to build on the talks that began in Copenhagen and wants any new agreement to include all of the world's major emitters.

But Graham Saul, the executive director the Climate Action Network who held a news conference with other groups concerned about climate change that coincided with the news conference of Mr. Kent, said it is apparent that Canada is going to the talks only to sabotage the effort.

Copenhagen is essentially a bunch of voluntary commitments with no compliance mechanism or oversight, said Mr. Saul. It is "just a bunch of countries promising to do something and, every once in a while they are going to review it and if they don't do it, well too bad."

The Kyoto protocol, on the other hand, is a binding international agreement that has mechanisms for compliance, he said. It has infrastructure and an entire institutional base around it that the world has spent the past 10, 15, 20 years negotiating, said Mr. Sault.

"This news is going to be a scandal at the UN negotiations because people are expecting to sit down and have a negotiation with Canada in good faith on the future of the Kyoto protocol over he next two weeks," said Mr. Saul, "and now it's become clear that they were intending to withdraw on Dec. 23."

It would be "cowardly" to walk away from the Kyoto protocol on Dec. 23 "when the rest of Canada is focused on the holidays," said Mr. Saul.

Gillian McEachern, the climate and energy program manager for Environmental Defence, said if Canada pulls out of the Kyoto Protocol next month, it will be the only country in the world to have signed and ratified the international agreement to tackle climate change, and then walk away from it.

"This news on the first morning of negotiations in Durban further hurts Canada's reputation for being a progressive actor on the world stage," said Ms. McEachern. "Instead, we're throwing a wet blanket on progress towards a binding, international deal on climate change."

Greenpeace activists used hundreds of LED emergency lights to spell "climate fail" on the lawn of the Parliament buildings in Ottawa on Monday.

"The Harper government continues to fail Canadians and the world on the most urgent issue of our time," Christy Ferguson, the head of Greenpeace's climate and energy unit head, said in a statement. "We need to turn away from the tar sands and make Canada a win on climate change."

Garry Neil, the executive director of the Council of Canadians told the news conference attended by Mr. Saul, that Canada has become a world leader in backing away from binding greenhouse-gas reduction agreements that are essential to reducing climate change.

"It Kyoto fails these next two weeks in Durban," said Mr. Neil, "Canada will have played a leading role, to our collective shame."

At his news conference, Mr. Kent announced an investment of $600.8-million over five years to renew the Clean Air Regulatory Agenda to reduce greenhouse gas emissions and improve air quality in Canada.

But Clayton Thomas-Muller, a campaigner with the Indigenous Environmental Network who took part in the news conference with Mr. Saul, dismissed that announcement.

"Is $600-plus million over five years enough? No, it's not," said Mr. Thomas-Muller. "Canada is currently giving $1.4-billion in subsidies to the tar sands patch alone every single year."

The Sierra Club said in a release that, if Canada is not prepared to take meaningful action to replace the Kyoto protocol, Mr. Kent should stay home from Durban.

"Rather than waste taxpayers' money doing the bidding of the oil companies and winning Fossil of the Day awards, one austerity measure this government could and should take is to stay home," John Bennett, the executive director of the Sierra Club Canada said in a release.

"The money saved could keep several government scientists employed for years and it would be welcomed by nearly everyone," said Mr. Bennett. 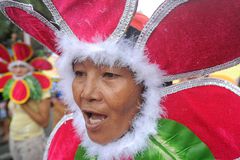 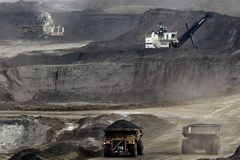 Opinion
The numbers say it all: Canada is a climate-change miscreant
June 4, 2010