A Liberal-dominated House of Commons committee is recommending major changes to the temporary foreign worker program, including ending the rule that forces workers to leave the country after four years.

The long-awaited report is expected to guide upcoming changes to the program that have been promised by the cabinet.

Initial reaction from some industry groups was positive, but one labour leader attacked the recommendations as a "political bait and switch" that will make the program easier to access for employers.

The Commons human resources committee released a report on Monday afternoon that makes 21 recommendations, including some that are aimed at responding to concerns from specific industries and others that focus on warnings that the program leaves foreign workers vulnerable to abuse.

As first reported by The Globe and Mail last month, the report recommends that the program should be changed to make it easier for foreign workers to become permanent residents in Canada. Specifically, it concludes that a 2011 rule change that imposed a four-year ban from the program on individual foreign workers who had been in Canada for four years should be eliminated because it makes it harder for these workers to become permanent residents.

The committee also calls for the elimination of a rule that ties a foreign worker's permit to a specific employer, based on testimony that this creates a power relationship that is open to abuse.

It said it heard from various temporary foreign employees who indicated that migrant workers may experience a wide range of abuse, including verbal, physical and sexual abuse, working for no wages and being forced to work more hours or days than cited in their agreement.

The report argues that employers who have a clean track record of using the program should be given more leniency in terms of the forms and reporting that are currently required. The committee calls on the government to develop a "trusted employer" stream.

Joyce Reynolds, executive vice-president for Restaurants Canada, a lobby group that opposed changes to the program made under the Conservatives, said she was pleased with the recommendations. "We felt that the previous government overreacted in terms of the reforms and that the pendulum swung far too far and this committee is finding the important middle ground in terms of meeting the needs of Canadians and employers and foreign workers," she said.

In contrast, Alberta Federation of Labour president Gil McGowan is furious with the recommendations. He said he believes that the Liberals misled voters by promising a review of the program "with the clear implication that the goal would be to rein in and roll back the program."

"What we're seeing with this report is a government intent on making it easier for employers to access guest workers from abroad. From my perspective, this is the worst kind of political bait and switch," he said.

Mr. McGowan said several of the recommendations remove or limit the requirements for employers to prove that they would look for Canadian workers first.

Employment, Workforce Development and Labour Minister MaryAnn Mihychuk and Immigration, Refugees and Citizenship Minister John McCallum issued a joint statement saying the government would respond to the recommendations within 120 days.

The Conservatives and the NDP each issued dissenting reports on Monday and both were highly critical of the fact that the main recommendations were based on just five days of hearings. The parties said further study is clearly needed before the government adopts major changes to the complicated and wide-ranging program.

Syed Hussan, co-ordinator of the Migrant Workers Alliance for Change, said he hopes that the government moves on recommendations that would give migrant workers more rights. "Largely, the report affirms what we already know, which is that the program denies basic rights and permanent residency to migrant workers," he said.

Use of foreign worker program exempt from Canadians-first rule rising: report
May 17, 2018 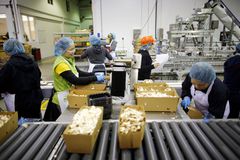 Many Canadians uneasy about temporary foreign workers: poll
May 17, 2018 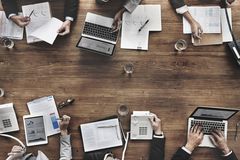 Questions raised over effectiveness of foreign worker program inspections
May 16, 2018