Canada is expected to lobby the international community for an increase in its quota of Atlantic bluefin tuna despite recommendations by scientists in this country and around the world that it should be added to the list of endangered species.

Representatives of the Department of Fisheries and Oceans (DFO) will attend a meeting of the International Commission for the Conservation of Atlantic Tunas (ICCAT) in Morocco next week at which governments involved in managing bluefin across the Atlantic will determine quotas for the next few years.

Environmentalists and scientists say signals from Canada indicate it is preparing to ask for the right to catch more of the fish, which Japanese sushi aficionados consider a delicacy and which can retail for upwards of $1,000 a pound. Earlier this year, a market in Tokyo paid the equivalent of $736,000 for a single, 269-kilogram bluefin tuna.

The DFO said in an e-mail that, "given that the western Atlantic bluefin tuna stock is healthy and continues to grow, Canada will be seeking management measures that are consistent with science advice and that maximize Canadian economic opportunities."

That is exactly the kind of language from Canada that Amanda Nickson, the director of the Pew Environmental Group's global tuna conservation program, did not want to hear.

"It's really important for Canada to develop a supportive position coming into this year's meeting," Ms. Nickson said in a telephone interview on Wednesday.

Shana Miller, a scientific adviser for the group, which is the conservation arm of the U.S.-based Pew Charitable Trusts, said no one is sure of Canada's position. But, while the United State is expected to argue for maintaining the existing quotas, she said she has heard that Canada will lobby for an increase.

"And that's what we really want to avoid happening," Ms. Miller said. "With a country like Canada, there should be no question that they should follow the scientific advice. So that is what we are really worried about – that they will go off with their own interpretation of the science rather than following recommendations of ICCAT scientists, which include Canadian scientists."

Last year, the Committee on the Status of Endangered Wildlife in Canada (COSEWIC) said bluefin tuna has been so overfished that it should be listed as an endangered species.

But in the spring of 2010, when the United States and the European Union tried to have Atlantic bluefin listed as endangered at an international convention in Qatar, Canada was among 68 countries that voted against it.

The population of the fish on the East Coast has been severely depleted and stands at about 36 per cent of the 1970s levels.

Canada is the only country on the west side of the Atlantic that has a major commercial fishery targeted on the very large bluefin tuna that feed in the Gulf of St. Lawrence (though five other countries also have commercial quotas for West Atlantic bluefin. The total allowable catch for 2012 on the western side of the Altantic is 1,750 tonnes, of which Canada's quota was 483.16 tonnes.

Ms. Nickson said the scientific advice is quite clear that the quota should have no increase.

But in a recent document that DFO created to assess the rationale of having Atlantic bluefin declared endangered, the department argued against the widely accepted theory that the population can be revived if the large adult fish like those caught in the Gulf of St. Lawrence are left alone to replicate.

That suggests the department subscribes to the more pessimistic view that something about the ocean environment will prevent the tuna from rebounding. But Ms. Miller said there is no evidence an environmental change has decreased their number.

Andrew Rosenberg, the director of the Center for Science and Democracy at the Union of Concerned Scientists, a U.S.-based organization that argues for the role of science in environmental policy, said he would be very concerned with any increase in the bluefin catch.

"I absolutely believe that Canada should not request, nor should there be ultimately, an increase in the quota because the resource is in poor condition. The only way to rebuild it is to reduce fishing pressure and allow the stock to be built back up," said Dr. Rosenberg. "If Canada lobbied for an increase in the quota, I believe it would be irresponsible."

Editor's note: Five other countries besides Canada have commercial quotas for West Atlantic bluefin. Incorrect information in a previous version of this story has been corrected. 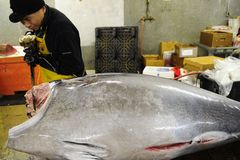 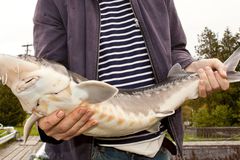 In the race for the bluefin in PEI, profits go over the side
February 4, 2011 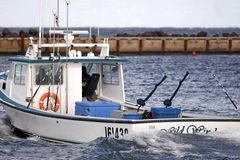 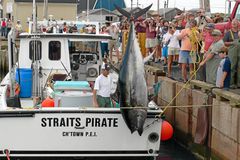 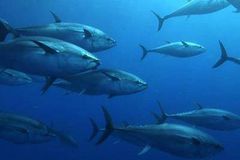