Treasury Board President Scott Brison says there is no need to set up a conflict-of-interest screen to prevent him from participating in government decisions involving two of Atlantic Canada's wealthiest families, even though he chaired one of their investment firms and his spouse now sits on the company's board of directors.

Mr. Brison is one of Prime Minister Justin Trudeau's senior ministers and a powerful presence in Atlantic Canada, along with Fisheries Minister Dominic LeBlanc. Both have strong connections to the region's most powerful business families.

When he was appointed to cabinet last year, Mr. Brison's spouse, Maxime St-Pierre, replaced his husband on the board of Halifax-based SeaFort Capital Inc., an investment company whose main financial backers are New Brunswick's McCain family and the Sobey family of Nova Scotia.

Mr. Brison was asked Wednesday why he didn't follow the example of Mr. LeBlanc, who publicly announced last fall that his chief of staff would assume responsibility for screening any dealings with New Brunswick's Irving family.

Mr. LeBlanc never had any financial dealings with the Irving family but said his friendship with James D. Irving raised a potential conflict of interest. Mr. Irving is part of the Irving family conglomerate that has interests in numerous industrial sectors including shipbuilding, oil refineries and lumber.

"I have no directorships or active business interests. Everything is in a blind trust," Mr. Brison said. "I have never been lobbied by any members of those families on any issue affecting their families. These are long-term friends."

Mr. Brison maintained there was nothing improper about having Mr. St-Pierre replace him on the board of a company where he has a financial interest.

"Yeah, he is a shareholder in SeaFort, representing both his own and our family's holdings," he said. "My spouse is an investor and he has a right to manage his financial affairs and to have a business and investment career."

Mr. Brison tried to use humour to brush off questions when pressed about what kind of ethical wall he has established with Mr. St– Pierre to ensure there is no potential conflict of interest.

"We actually sleep in the same bed so there is actually no wall between us," he said. "The conversations we typically have as the fathers of 2-year-olds are 'Did Rose poop last night?' "

Late Wednesday night, Mr. Brison telephoned The Globe and Mail to say Ethics Commissioner Mary Dawson determined that he did not not have to set up a conflict-of-interest screen, but he should recuse himself if decisions affecting the McCain and Sobey families' enterprises came up at cabinet.

"So if I were recusing myself from discussions frequently then it would flag that a screen was a sensible thing but that is not the case," Mr. Brison said. He also said that he does not talk about SeaFort business with Mr. St-Pierre.

Mr. Brison, who sits on several cabinet committees including the key Agenda and Results committee, said he has never had to recuse himself in the past year.

Robert Sobey, who sits on the SeaFort board with his father, Donald, and Scott McCain, told The Globe that it was only logical that Mr. Brison's spouse would replace him.

"It was a unanimous decision by the other board members. It made a lot of sense. We really appreciated Max's insight and counsel," said Mr. Sobey, who was on Parliament Hill Wednesday.

Mr. Sobey met with Mr. Brison on Wednesday but the minister's office said it was a chance meeting.

"He ran into him by accident in the Centre Block," an aide to the minister said.

The wealthy Sobey clan has been good to Mr. Brison over the years that he's been in Parliament as an opposition MP.

In the past, Donald Sobey, the family patriarch, has provided a private plane or covered the airfare to fly Mr. Brison to international events including meetings of the Trilateral Commission, an unofficial policy group of prominent businesspeople, academics and politicians from North America, Europe and the Asia-Pacific region.

Mr. Brison's filing also shows he had a financial interest in Norvista Capital Corp, where Robert Sobey also sits on the board of directors. Mr. Sobey credited Mr. Brison for bringing him into the company, which invests in mining operations.

SeaFort's investments include a major crane and lift-service business, a construction-equipment rental business, an oil-patch-services company whose specialties include the oil sands and a long-haul transport company. 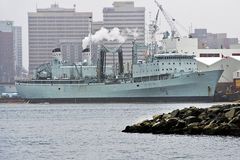 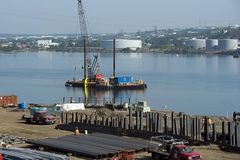 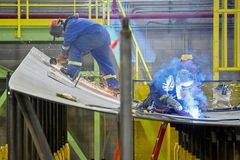