The Conservative-dominated Senate wrapped up one of its most difficult sittings in recent memory by flexing its legislative muscle, breaking ranks with the government to block a union-disclosure bill from becoming law.

In a rare departure from strict party discipline, 16 Conservative senators voted against the government's wishes and a further six Tories abstained, passing amendments that essentially gut the bill's key provisions.

The Senate voted to send the amended bill back to the House of Commons, which had already recessed for summer. That means the bill will not be dealt with again until the fall.

Though it was a private member's bill, the government indicated its strong support throughout the process. After the vote, the Prime Minister's Office said it continues to support the principles of the bill and suggested it could be sent back.

"As per Parliamentary convention, we expect that the Senate will respect the will of the House of Commons should the bill be returned to the Senate," said Andrew MacDougall, the Prime Minister's spokesperson, in a statement.

There appears to be many motivations behind Wednesday's Senate vote. Clearly some saw an opportunity to highlight the Red Chamber's role of sober second thought at a time when the institution's very existence is being widely questioned in light of controversy over expenses.

Another motivation was a not-so-subtle push back from Conservative Senators over the handling of another Conservative private member's bill, C-461, the CBC and Public Service Disclosure and Transparency Act.

That bill's sponsor, Edmonton-St. Albert MP Brent Rathgeber quit the Conservative caucus this month after the Conservative majority amended his bill in committee to raise the threshold for disclosing public-servant salaries under the bill from $188,000 to the highest possible payment for deputy ministers, which works out to $444,661.

Conservative Senator Hugh Segal drew from that incident in proposing his successful Senate amendment to the union-disclosure bill. The Segal amendment raised the threshold for disclosing union salaries in the bill from $100,000 to $444,661.

The amendment also raises the reporting threshold for payments to $150,000 from $5,000 and exempts union locals and unions with fewer than 50,000 members.

Mr. Hiebert, the bill's sponsor, called the vote "disappointing" and said he plans on talking with the senators who approved the amendment to see whether he can change their minds.

Supporters of the bill argue that because union dues are tax deductible, unions should have to disclose their spending to the public. Unions argue they already disclose spending to their own members and that additional reporting would amount to expensive and needless red tape.

Canadian Labour Congress president Ken Georgetti said he would have preferred the see the bill defeated outright. He said he hopes Conservative MPs will take the summer to reconsider their support for the bill.

The federal Privacy Commissioner has expressed concern about the bill, questioning whether there is a public policy justification for making such information public. She also took note of concerns from police representatives, who noted that officers who are involved with unions could be put at risk by having their personal information posted on a government website.

The Senate's Opposition Leader, Liberal James Cowan, said the vote was a good day for the Senate.

"We're here to provide sober second thought … and that's what we did," he said, before taking a shot at the NDP, which has no senators. "If the NDP had had its way and there was no Senate, Bill C-377 would have been the law of the land months ago."

The NDP praised the Senate's actions, but stood by its position that the institution should be scrapped.

Conservative Senator Marjory LeBreton, the Government Leader in the Senate, acknowledged there was lively debate in the Conservative caucus over the bill. She described Mr. Segal's amendment as "mischievous."

"I think it was a little shot across the bow, acknowledging some of the things that have been in the public," she said.

He said senators simply couldn't ignore the many concerns about the bill, including from provinces warning the bill was unconstitutional.

"This was a constructive exercise in doing what the upper chamber is constitutionally required to do," he said.

An earlier version of this story stated the Conservative majority amended Brent Rathgeber's bill to raise the threshold for disclosing public-servant salaries under his bill from $150,000 to $444,661. This online version has been corrected. 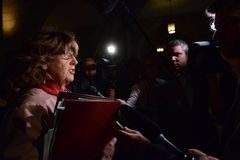 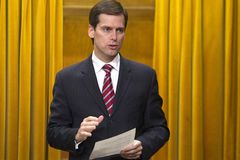 Bill forcing unions to disclose finances comes up for Senate’s scrutiny
May 21, 2013

Where the push for union transparency should start
December 13, 2012 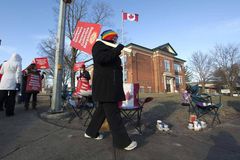