Justin Trudeau is defending his national-security adviser Daniel Jean after India publicly denied that it was behind the presence of a convicted would-be assassin during the Prime Minister's trip to the country last week.

The Indian government issued a news release on Wednesday calling the Canadian allegations "baseless and unacceptable." Mr. Trudeau stood by Mr. Jean on Wednesday, after the Conservatives accused his national-security adviser of briefing the media last week on what they call a "conspiracy theory," suggesting India tried to sabotage the Prime Minister's trip. Asked about the Indian government's statement, the Prime Minister's Office referred to Mr. Trudeau's comments on Wednesday saying that the government will always listen to the advice of its public service.

"Daniel is a distinguished public servant who has served governments, regardless of their political stripe, for over 35 years," Mr. Trudeau said during the daily Question Period.

"We will always stand by our non-partisan professional public service."

Leading off Question Period on Wednesday, Conservative MP and former RCMP officer Jim Eglinski revealed that he once chased Jaspal Atwal down a British Columbia highway after the Sikh extremist tried to kill an Indian cabinet minister.

In an interview with The Globe and Mail, Mr. Eglinski said Mr. Atwal has no business being in the presence of the Prime Minister. He was baffled as to how Mr. Trudeau and his Liberal delegation failed to flag Mr. Atwal, who was invited to two receptions with Mr. Trudeau in India last week.

"We had a Prime Minister that was in India. He had three ministers of Indian descent with him that were fully aware of who Mr. Atwal was. Why they ever got themselves in this situation and invited him is inexcusable," Mr. Eglinski said.

"Why would anybody want to be associated with him?"

Mr. Eglinski was the RCMP detachment commander in Gold River, B.C., on May 25, 1986, when he was called to respond to shooting on a logging road in the area. Upon arriving on the scene, Mr. Eglinski discovered that Indian cabinet minister Malkiat Singh Sidhu had been shot in his vehicle. He helped move Mr. Sidhu into an ambulance and then took off after the four suspects. One of them was Mr. Atwal, who was arrested in Campbell River, B.C., soon after the attack.

Mr. Eglinski was also involved in the subsequent investigation into Mr. Atwal, who was eventually convicted of the attempted murder of Mr. Sidhu. Although Mr. Atwal has served his time in jail, Mr. Eglinski says he's still a risk.

"Has he changed? I still think he's a dangerous individual and anybody in government should be very cautious in dealing with him," Mr. Eglinski said.

"He should be treated for what he was."

Mr. Trudeau said last week that Liberal MP Randeep Sarai – one of 14 MPs on the trip to India – invited Mr. Atwal to a reception at the Canadian high commissioner's residence in New Delhi. Following a meeting with Mr. Trudeau on Tuesday night, Mr. Sarai announced he would be stepping down as the Liberals' B.C. caucus chair.

After initially pointing the finger at Mr. Sarai, the Canadian government later spread the blame to "factions in India" that it says may have orchestrated the Atwal matter.

"It was an error, and there's always lessons you can learn, and that's probably one of the ones we learned [in] this case," Mr. Easter said.

Mr. Atwal was a member of the International Sikh Youth Federation, which is deemed a terrorist group in Canada and India, when he was convicted of the attempted murder of Mr. Sidhu. He was also charged but never convicted in the brutal 1985 beating of Ujjal Dosanjh, an opponent of the Sikh separatist movement who went on to serve as NDP premier of B.C. as well as a federal Liberal cabinet minister.

Speaking to The Globe on condition of anonymity last week, a senior government source said the Indian factions in question are concerned about the threat of Sikh extremism, especially among the Sikh diaspora in Canada, and believe that the Canadian government is too complacent on the matter.

The source also said Mr. Atwal was recently removed from a blacklist of people banned from India.

Mr. Atwal told The Canadian Press that any suggestion the Indian government helped him get off the blacklist or into the reception is a "total lie." 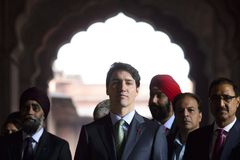 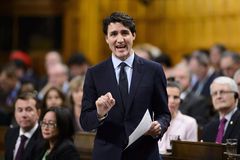 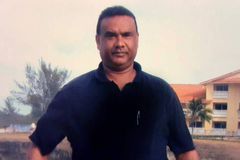 Opinion
Trudeau won’t be back in India any time soon Subscriber content
February 28, 2018 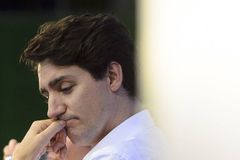 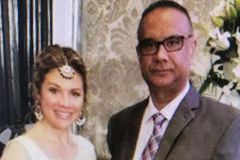