A quarter-century after the École Polytechnique massacre and in the aftermath of a shooting on Parliament Hill, Prime Minister Stephen Harper's Conservatives are moving slowly ahead on a divisive proposed law that loosens certain gun-licensing rules – a bill that has angered advocates on both sides of the gun-control debate.

Bill C-42 was tabled in October, two weeks before the Ottawa shooting. This week, the bill prompted a heated exchange in Question Period over gun laws ahead of Saturday's 25th anniversary of the Montreal shooting that left 14 women dead. The bill has also reopened political fault lines dating back to the battle over the scuttled long-gun registry, as the Liberals and NDP oppose C-42's current wording.

Amid the controversy, however, the bill is on the back burner – it's not scheduled to resume its progress until the new year, though it is still expected to pass before the next election, one government source said.

It's a complex bill: Mr. Harper, NDP Leader Thomas Mulcair and Liberal Leader Justin Trudeau have all made misleading statements about it since its tabling.

Public Safety Minister Steven Blaney argues the bill does away with "needless paperwork that law-abiding sport shooters were previously required to complete in order to engage in their hobby."

But the bill nonetheless has critics on both sides of the gun-control debate.

"There is nothing redeemable in the bill," said Wendy Cukier, president of the Coalition for Gun Control. She says the relaxing of transport rules is among the "very serious measures in terms of taking the next steps in dismantling our [gun-control] legislation."

Meanwhile, the National Firearms Association says the bill does not go far enough. The NFA opposes both licensing requirements and mandatory training. "While there are aspects of the bill that may be helpful, it's really tinkering with a failed system," NFA president Sheldon Clare said in an interview, later suggesting the bill seems designed more as a political fundraising effort. "The Conservative bill really isn't a problem-solving bill. It's a pre-election, you know, 'we're trying to tinker with this and give us some money' bill."

Currently, an authorization is required to take any restricted firearm from an owner's home to another location, such as a shooting range. Each location requires a new form, Mr. Blaney told the House of Commons. Bill C-42 would allow owners to transport those restricted guns to any approved location within the gun owner's province. The guns must be unloaded and locked in a case.

The changes ease the paperwork burden but nonetheless allow the guns to move more freely, though the bill spells out where the guns can be taken.

"Imagine if that car were broken into," Mr. Trudeau told the House of Commons last week, suggesting it would lead to guns being found in grocery-store parking lots, though that is not among the authorized destinations. Mr. Harper stressed that drivers must also still take "the most direct route" when transporting a gun.

Mr. Harper has said the bill requires guns to be kept in a trunk, though it does not. Mr. Mulcair, meanwhile, said the bill would allow the specific gun used in the Montreal massacre to be more easily transported – a comment made during a sharp Question Period exchange with Justice Minister Peter MacKay. Mr. Mulcair's staff later acknowledged the transportation rule changes don't apply to that gun, a Ruger Mini-14 semi-automatic rifle. The bill "has nothing to do with the firearm used during the tragic crime committed at Polytechnique," argued Jean-Christophe de Le Rue, a spokesman for Mr. Blaney.

The NDP oppose the bill, with MP Randall Garrison saying during early debate that it "is still clearly a child of the gun lobby." The Liberals like some parts of the bill, but not others, and therefore don't support its current wording. 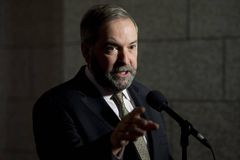 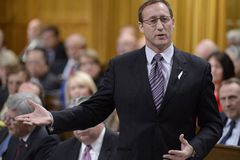 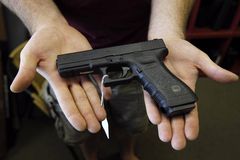 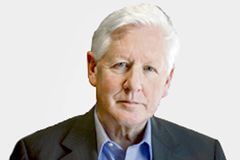