The Leader of the Government in the Senate says the only reason the Red Chamber is in crisis is because her Conservative government changed the rules to open the door to scrutiny of its spending.

Majory LeBreton told her fellow Senators on Wednesday that being a member of that chamber is an honour and a privilege and great work has been done over the years. "Unfortunately there are a few that actually believe that this position was owed to them – based on their own inflated view of their role or stature at a given time," said Ms. LeBreton.

There are calls for the resignation of former TV news reporter Mike Duffy, who quit the Conservative caucus last week after it was revealed that Prime Minister Stephen Harper's chief of staff used his personal wealth to repay more than $90,000 that Mr. Duffy had claimed improperly as housing expenses.

Mr. Duffy also claimed Senate expenses while he was on vacation in Florida and while he was campaigning for the Conservatives in the last election.

In addition, there are two other senators – Patrick Brazeau and Mac Harb – who were found by auditors to have improperly collected housing allowances intended for those whose primary residence is outside the Ottawa region, and a fourth senator, Pamela Wallin, is under fire over her travel expenses.

Ms. LeBreton told the Senate, which is debating a new set of rules for members' expense claims, that the Conservative government was elected on the promise of accountability and it had delivered on many fronts, including the rules governing Senate expenses.

The current "crisis," she said, was caused by "the change the Conservative majority initiated in the Senate by informing the public on a quarterly basis just exactly what their Senators were spending has finally shone the light where it never was before."

Had that not happened, there would be no "hyped-up media stories about spending abuses," said Ms. LeBreton. "The reality therefore is that we are facing this crisis because we flung open the door and revealed what was going on and now rather than being credited for doing so, we are paying the price for taking this important and necessary step," she said.

"But, I am not surprised," said Ms. LeBreton. "I am a Conservative and I know more than most that around this town populated by Liberal elites and their media lickspittles, tut-tutting about our government and yearning for the good old days that we are never given the benefit of the doubt and are rarely given credit for all the good work that we do."

Ms. LeBreton's address followed a Senate Question Period that focused heavily on the expenses of Mr. Duffy who walked into the chamber, moved to the back row, whispered something to Ms. Wallin, and took a seat to her left.

Later, independent Senator Anne Cools – who the night before had criticized her colleagues for engaging in "persecution" against her fellow Senators – sat next to Mr. Duffy for what appeared to be a friendly conversation. Mr. Harb sat in front of Mr. Duffy and appeared to have a brief but pleasant conversation with Mr. Duffy and Ms. Cools.

The discussion about changes to Senate travel expenses came on the same day as NDP Leader Thomas Mulcair said he was initiating a conversation with Canadians about the Senate's abolition.

The new rules aim to address some significant gaps in the Senate's rules by eliminating wording that presumes senators will act responsibly, requiring better documentation for expenses and curbing travel beyond members' provincial residences and the National Capital Region.

"While the adoption of this report will represent a large step forward, it is only one step. Further review will be necessary and Internal Economy and the Administration must do more to ensure greater financial responsibility and transparency in order to regain the public's trust," said Ms. LeBreton.

"If we are to have any hope of regaining the public's trust, we simply must undertake these further measures and we must adopt the report that is before us today."

A Senate committee that is accused of removing some of the more critical parts of a report on Mr. Duffy's expense claims will reopen its probe of his conduct. But the Conservative-dominated Senate has rejected a Liberal motion to send the matter directly to the police.

Mr. Duffy said in a statement that he welcomed the referral of the issue of his expenses to the Senate internal economy committee.

"Canadians deserve to know all of the facts," said Mr. Duffy. "I intend to co-operate fully with the Board and with all other authorities, and will have no further public comments until those processes are complete." 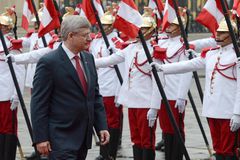 How much Pamela Wallin (and other senators) charged in travel expenses
May 17, 2013
NDP’s Mulcair takes aim at Senate abolition
May 22, 2013 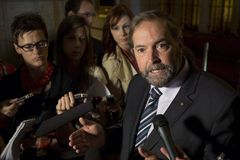 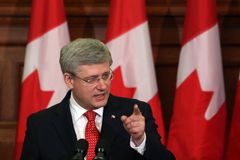