A Conservative senator has expressed anger over a news report that he says unfairly insinuates that he took part in improper fundraising during his past involvement in Quebec politics.

Leo Housakos has told The Canadian Press that he already spoke to the Prime Minister's Office to share his version of the facts before the report aired Monday night, and has consulted his attorney about possible legal action.

"(It) is completely defamatory and erroneous," Housakos said in an interview. "It's absolutely a hatchet job of the worst degree."

In the report by the CBC, a star witness at Quebec's corruption inquiry said Housakos had collected political donations that had been raised by questionable means on behalf of a provincial party in 2008, shortly before his appointment to the upper chamber.

Lino Zambito, the inquiry witness, told CBC News that Housakos asked him to raise "$30,000 of cheques" for the now-defunct Action democratique du Quebec before that year's provincial election.

The former construction boss says he went to family, friends, and employees to write cheques for the ADQ — which he promptly refunded in cash.

In his explosive testimony last year at the Charbonneau inquiry, Zambito described using that same system of refunds to circumvent the political-fundraising laws that forbid corporate donations and set strict limits on individual contributions.

Housakos declined to be interviewed by the network, but through a spokesperson the Conservative senator said he has never participated in any questionable fundraising and was not interested in talking to smear merchants.

The report did not actually state whether the senator knew how the money was raised.

But Zambito expressed his own suspicions.

"They all say, 'Ah, us, we took cheques — they're legal,"' said Zambito, who lost his construction business after being slapped with criminal charges and who has since declared bankruptcy, in the CBC interview.

"But they all knew the system. No one's going to make me believe they didn't know what was happening."

The senator expressed particular anger over what he characterized as the CBC's decision to base an extended news report on the impressions, offered by a controversial construction boss, of what he should or should not have known.

"Give me one reason I would have any reason to believe that he would have been doing that (reimbursement of cheques)," Housakos told The Canadian Press.

"At no such time did I participate in any questionable or illegal fundraising, with the ADQ and Mr. Zambito as he claims — or as the report claims, quite frankly."

Housakos said he did not have much of a problem with Zambito's interview, itself, but with the way it was cast in the broadcaster's news report.

He did challenge one point from Zambito's interview with the CBC: he said it was the construction boss who approached him to participate in ADQ fundraising — not the other way around.

He said Zambito told him he wanted to get involved with the ADQ, before the 2008 election, in a brief period of less than two years when it was the official opposition.

Zambito became a household name in Quebec last year as the first Charbonneau inquiry witness to describe a construction cartel that rigged municipal public-works bids around Montreal; inflated the price tag; and split the inflated profits with corrupt civil servants, local political parties, and the Mafia.

He also testified that he raised money illegally at the provincial level, although the inquiry has heard relatively little about provincial politics so far.

Housakos' name has come up twice — very briefly — at the inquiry.

He has not been accused of any wrongdoing and Charbonneau inquiry lawyers did not explain why they were asking about him.

In one instance, his interactions with construction bosses at a private Montreal club were raised. In another, a commission lawyer suddenly started questioning the head of the BPR engineering company about Housakos' previous work at the firm and his appointment to the Senate.

The inquiry has not explored Housakos', nor anyone else's, involvement in federal politics because its mandate has been limited to Quebec politics.

Several weeks after that 2008 Quebec election, Housakos was among 18 people named to the Senate on the same day.

Three of those nominees — Mike Duffy, Pamela Wallin, and Patrick Brazeau — have since left or been suspended from the Conservative caucus amid various scandals.

Housakos was one of the key organizers of a 2009 fundraising event in Montreal featuring the prime minister as a special guest.

Dozens of employees at engineering firms now implicated in Quebec's construction scandals made contributions at that Conservative fundraiser.

The CBC report said Zambito collaborated with Housakos at the federal level.

Zambito told the broadcaster that Housakos came to solicit funds for one of Harper's star candidates in the 2008 federal election, Claude Carignan.

Zambito said he provided just over $3,000 as he, his father and mother made contributions of $1,100. The CBC said those cheques were perfectly legal.

In his interview with The Canadian Press, Housakos said that after Zambito had approached him to contribute to the ADQ, he asked him for a donation to the federal Conservatives.

Housakos said he asked the construction boss to donate whatever he wanted, and Zambito offered the three donations within the legal limit.

The report said Zambito made the donations because he believed Housakos had influence in Ottawa. When asked why he got involved in political financing Zambito said: "It's all scratch my back, I'll scratch your back."

But Harper named him to the Senate the following year, and recently made him the government's leader in the upper chamber.

The Quebec inquiry has, on rare occasions, briefly touched on pan-Canadian political parties.

Perhaps the deepest it delved into the federal realm was when one witness, former engineering executive Rosaire Sauriol, testified that he used the same fake-billing schemes to make illegal donations at the federal level as he had provincially.

The line of questioning ended there. To stay within their mandate, commission lawyers declined to probe further into Sauriol's federal involvement.

But the financial ties between Quebec's construction industry and federal politics have, according to documents from the last two decades, been extensive.

An analysis by The Canadian Press involving all 102 individuals charged after sweeps by Quebec's anti-corruption police squad shows that nearly half — 45 of them — made registered legal contributions of more than $2-million to federal parties from 1993 to 2011.

The vast majority of those contributions went to the Liberals when they were in power, and corporate donations were still legal. The Conservatives and Bloc Quebecois also took in contributions, according to the Elections Canada database of legal donations.

Those registered contributions began drying up as corporate donations were banned under the Chretien Liberals, then fundraising limits were further tightened under the Harper Tories. 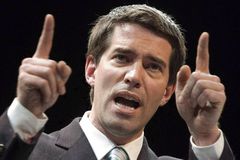 Couillard says he had meeting with anti-corruption investigators
September 18, 2013 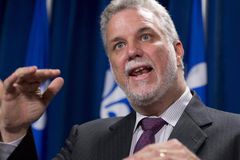 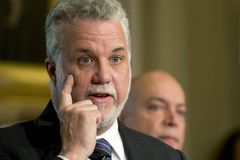