Hugh Segal is leaving Canada's Senate next year to be the next Master of Massey College, the University of Toronto's august graduate-only college.

Mr. Segal's appointment was confirmed by U of T's Governing Council late Thursday afternoon. His departure from the Senate comes in the wake of his outspoken opposition to the recent suspensions of fellow senators Mike Duffy, Pamela Wallin and Patrick Brazeau, which put him at odds with the Conservative caucus.

He will take up his new post for a seven-year term beginning July 1, 2014, when he will retire from the Senate and succeed John Fraser, the former editor of Saturday Night magazine and China correspondent for The Globe and Mail, who has served as Master since 1995. The college is currently celebrating its 50th anniversary.

In a statement, Mr. Segal said Massey "has a wondrous legacy‎ of intellectual leadership and bridging gaps between the humanities, sciences and professions. It will be a great honour to LEAD this remarkable jewel in the larger academic world."

He also thanked former Prime Minister Paul Martin, who appointed him, current Prime Minister Stephen Harper for his "support and counsel," and his colleagues in the Red Chamber for "thoughtful debate on so many issues."

Mr. Segal's early retirement will leave another vacancy in a Tory caucus that appears to be losing members rapidly. Former Conservative senators Gerald Comeau and David Braley both announced their resignations in recent weeks.

Many in the Conservative caucus have bristled under the constant media spotlight of the past year. The Senate voted this fall to suspend the three former Tory senators without pay over allegations that they filed improper expense claims.

Conservative Senator David Tkachuk said he has known Mr. Segal for a long time, adding that he supported him when he ran for leader of the Progressive Conservative Party in 1998. Mr. Segal was defeated by Joe Clark.

"I am very happy for Senator Segal and he will missed greatly by our caucus," Mr. Tkachuk wrote in an e-mail to the Globe Thursday evening.

Mr. Segal has rebelled against his party before. Earlier this year, he was a vocal opponent of a private member's bill that would have required unions to make significantly more financial information available to the public. He introduced an amendment that forced the bill back to the House of Commons, preventing it from being passed before Parliament was prorogued.

He is also one of dozens of senators who hold additional, paid positions outside of the Red Chamber. An analysis by the Globe this fall found that Mr. Segal serves on four corporate boards, as of his 2012-2013 financial disclosure. He has earned at least $1,911,598 in board fees since his appointment to the Senate and up to another $708,589 in various stock options.

Prior to his appointment to the Senate, Mr. Segal was a former chief of staff to Brian Mulroney and worked for former Ontario premier Bill Davis.

Mr. Segal will be Massey's fifth Master , following in the footsteps of celebrated Canadian author Robertson Davies, who was the founding Master after the college opened in 1963. It is intended to be a home to graduate students "of high promise," and boasts a distinguished roster of senior fellows, including Nobel Prize laureate John Polanyi and political figures such as Bob Rae.

"I'm pleased because I think he'll put his whole heart into it, and I think he has got good credentials all over the place," Mr. Fraser said. 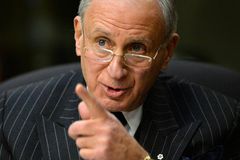 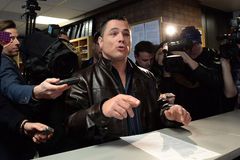 updated
MPs wrap up for holidays as Senate-scandal questions remain
December 10, 2013
Follow James Bradshaw and Kim Mackrael on Twitter @jembradshaw @kimmackrael
Report an error Editorial code of conduct
Due to technical reasons, we have temporarily removed commenting from our articles. We hope to have this fixed soon. Thank you for your patience. If you are looking to give feedback on our new site, please send it along to feedback@globeandmail.com. If you want to write a letter to the editor, please forward to letters@globeandmail.com.
Comments