Conservative senators took the highly unusual step of overruling their own Speaker Friday in an effort to fo‎rce a controversial union disclosure bill into law before Parliament shuts down.

Conservative Senator Leo Housakos – who was appointed Speaker last month – ruled Friday morning that the latest tactics of the government side aimed at blocking an opposition filibuster were against the rules of the Senate.

But government leader Claude Carignan challenged the ruling and won.

The challenge succeeded in a 32-to-17 vote. Five Conservative Senators abstained.

"In our rules, the final arbitrator of the rules is the Senate," Mr. Carignan told reporters in defending his move. The senator said the step was necessary because the opposition was using "archaic procedural tactics" to prevent a vote.

The bill is now expected to come to a final vote early next week. Mr. Carignan predicted Friday that the bill will be approved and become law.

Bill C-377 is a private member's bill from Conservative MP Russ Hiebert that would force unions to publicly disclose a wide range of financial information including salaries and expenses.

Supporters say it addresses concerns from union members who say they face intimidation if they ask for too much information from their leadership.

Unions strongly oppose the law and argue that only union members should be able to view such information. Critics of the bill warn it will place unions at an unfair disadvantage during collective bargaining because management will have new insight into the financial situation of unions.

The bill was previously blocked by the Senate two years ago and had not received much attention since.

However in recent weeks, the Conservatives in the Senate have indicated that passing the bill is a priority.

Opposition and some Conservative senators had been trying to talk out the clock, hoping to block the bill from passing before Parliament rises. Any bills that are not passed by that point will die because of the October federal election.

Conservative Senator Don Plett chided the Liberal Senators, accusing them of wanting to block the bill so that Liberal Leader Justin Trudeau can promote himself as the "protector of big union bosses."

Several unions have indicated they will run advertising against the Conservative Party in the runup to the federal election campaign.

The fact that the bill is now poised to become law came as an unpleasant shock to unions that have been following the debate closely.

Christopher Smillie, a senior adviser with Canada's Building Trades Unions, said the organization plans to fight the bill in court should it become law.

"We are extremely disappointed the Conservative government fundamentally changed the rules of the Senate to try and pass an offensive and unconstitutional bill," said Mr. Smillie in an e-mail.

The larger issue behind Friday's dust up is the future of a long standing practice in the Senate that the government is only allowed to shut down debate on government bills, not private members bills like C-377.

"A proposal of this type could in the long term distort the basic structure of Senate business," the Speaker said in his ruling, which warned against establishing a "far-reaching precedent."

Liberal Senator James Cowan, the leader of the opposition in the Senate, said it is highly unusual – if not unprecedented – the government side in the Senate to overrule a Speaker from the same party.

Mr. Cowan claimed that Prime Minister Stephen Harper is pushing the bill behind the scenes.

"The last act of this Parliament was Mr. Harper, the Prime Minister of Canada, directing his Senators to break the rules of the Senate," he said. "That's the message: That Mr. Harper makes the rules and if he doesn't like the rules that are there, he changes them."

MPs now have more power to confront leaders. But do they have the will?
June 23, 2015

Cools says Senate should ask media for help in hunt for source of audit leaks
June 23, 2015 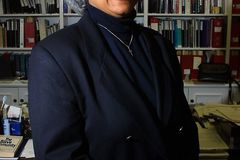