It is one thing for a party to lose a candidate in a no-hope riding because of something they wrote or said. It is quite another to lose a high-profile candidate in an important, winnable riding. Which makes the loss of Jagdish Grewal in Mississauga–Malton especially painful for the Conservatives.

Party headquarters dumped Mr. Grewal as the Conservative candidate after an article he had written in Punjabi surfaced that appeared to advocate sexual conversion therapy for young homosexuals. Because the Elections Canada deadline for dropping or changing candidates has passed, Mr. Grewal will remain on the ballot.

And he will be campaigning hard. In an interview, Mr. Grewal said the article was misunderstood and mistranslated.

"There is nothing I say in the article that is homophobic," he maintained, adding that although he was disappointed with the Conservative Party's decision to dismiss him as a candidate, "I'm going to campaign more forcefully than before," and that "my volunteers are here, they are working hard and they know the situation."

Although he will not speak of himself as a Conservative candidate, Mr. Grewal said, neither will he remove campaign signs that identify him as one.

Mississauga–Malton is a new constituency, although it contains a large portion of the riding Conservative Eve Adams took from Liberal Navdeep Bains in the 2011 election.

Ms. Adams did not like her chances in Mississauga–Malton, unsuccessfully seeking nominations both as a Conservative and a Liberal.

In this election, Mr. Bains, one of Justin Trudeau's senior advisers, had been favoured to prevail over Mr. Grewal. A senior Conservative official speaking on background said it had always been the riding in Peel region, which includes Mississauga and Brampton, that the Conservatives were least likely to hold. A recent Forum poll had Mr. Bains well ahead.

But until Tuesday, it was still winnable for the Conservatives. In a riding in which almost 40 per cent of voters identify as South Asian, Mr. Grewal is a prominent figure, the publisher of the Punjabi Times and a well-known community organizer.

He has travelled with Mr. Harper to India and was described by one senior Tory as thoughtful, soft-spoken and highly respected, having once received a beating for standing up to Khalistani extremists.

Had the riding existed in 2011, it would have been a narrow Conservative win, according to the redistributed vote. Instead, Mississauga–Malton must now be counted as a near-certain Liberal win, although Mr. Bains said "we're going to continue to take nothing for granted and work really hard to earn the mandate and trust of the voters of Mississauga–Malton."

The article that got Mr. Grewal into so much trouble concerned a private-members bill passed in the Ontario legislature that eliminated public funding for services that sought to change the sexual orientation of a person.

The psychiatric community considers such treatments useless and dangerous, especially for young people, because they can lead to insecurity and depression.

A Canadian Press report said Mr. Grewal, writing in defence of the rights of parents to choose such therapy for their children, had stated: "Is it wrong for a homosexual to become a normal person?" Mr. Grewal maintains that the proper translation of the article would have replaced the word "normal" with "straight."

Whether or not the article, as originally written in Punjabi, is homophobic, it is certainly true that some immigrant voters from southern and eastern Asia hold more socially conservative views than the native-born – some of them deeply resent the provincial sex-education curriculum – and that the Conservative Party has won their support in the past by appealing to that social conservatism.

While an article written in Punjabi ostensibly critical of homosexuals might have gone unnoticed in the past, Mr. Malhotra observed, today "that game doesn't work any more in a social-media-savvy election."

It is a lesson that many expelled candidates from all three national parties have discovered to their grief in this campaign. 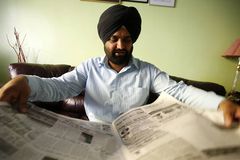 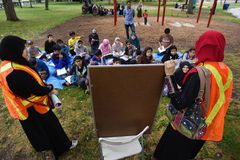 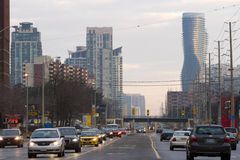