The federal Conservatives are dismissing criticisms of their election reform bill that were voiced this week by former auditor-general Sheila Fraser, who labelled the legislation an attack on democracy.

Ms. Fraser, who is known to Canadians for her legacy of integrity, competence and non-partisanship, said Friday in an interview that her major concerns are the limitations the bill would place on the independence of the Chief Electoral Officer.

"I know it is hard to get Canadians involved in this sort of thing," said Ms. Fraser. But "I do hope that they will get engaged and will consider the comments that are being made and make their opinions known, one way or another."

Democratic Reform Minister Pierre Poilievre responded Friday to six opposition questions in the House of Commons about Ms. Fraser's denunciation of his bill, C-23, without once saying her name. Instead, Mr. Poilievre suggested that Ms. Fraser was speaking for Elections Canada when she criticized the legislation that the government has called the Fair Elections Act.

"We already knew Elections Canada's position on this; we just disagree with it," replied Mr. Poilievre when asked about Ms. Fraser's comments.

In October of last year, the election agency appointed Ms. Fraser, who retired as auditor-general in 2011, to a special advisory board composed of 13 prominent Canadians. But she told The Globe and Mail her position on the advisory board has nothing to do with her decision to speak publicly against the bill.

"The comments are my own. I do not speak for the Chief Electoral Officer, nor Elections Canada, nor the advisory board of which I am a co-chair," said Ms. Fraser, who expressed disappointment with allegations that she is biased because she is paid for being a board member.

Ms. Fraser said she has received a total of $2,450 from Elections Canada. "I earned a lot more than that as auditor-general and no one seemed to think then that I was being bought," she said.

Marc Mayrand, Canada's Chief Electoral Officer, has said the election-law changes proposed by the government will disenfranchise voters, give some political parties advantages over others, hand them too much information, hinder the power of investigators and muzzle what he can say public – all allegations echoed this week by Ms. Fraser.

The bill would separate the regulation and enforcement powers of Elections Canada which she said would make it more difficult for elections investigators to do their job. She is worried about the restrictions the bill would impose on the Chief Electoral Officer's ability to communicate with Canadians. And she said the Chief Electoral Officer should not be forced to seek Treasury Board approval when hiring outside knowledge and expertise, which is another provision of the legislation.

Ms. Fraser is expected to testify next week before the Commons committee that is studying the legislation.

Craig Scott, the NDP critic for democratic reform, said the fact that Mr. Poilievre would not say her name in the House of Commons is an indication that the Conservatives are worried about the impact of her criticisms.

"Ask most knowledgeable Canadians 'who do you trust?' He knows what the answer is," Mr. Scott said of the minister.

Despite the widespread concerns of critics, the government has decided to fast-track the bill by holding hearings about it in the Senate at the same time they are conducted in the Commons. The aim is to get it passed into law before Parliament breaks for the summer.

Opinion
With this act, Conservatives might win the battle, lose the war
April 7, 2014 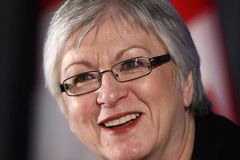 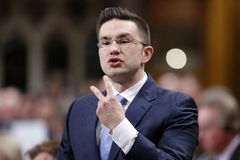 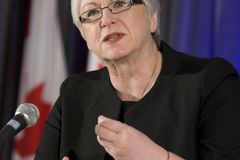 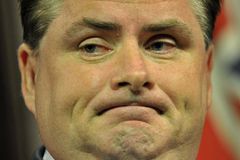 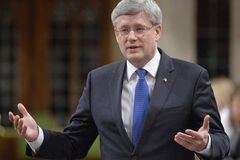