The Conservatives say they will invoke closure in the Senate to ensure a bill to end the Canadian Wheat Board monopoly on grain sales passes next week.

The move came as the Liberals tried to freeze the debate, citing a Federal Court ruling this week that said the government broke the law by bringing in the legislation without a plebiscite of grain farmers.

Directors of the Canadian Wheat Board, meanwhile, pleaded with senators to stop the legislation.

Tory Senator Claude Carignan, the deputy government leader, said his closure motion, to be moved Friday, would force a vote by next Thursday at the latest.

The Conservative majority in the Red Chamber ensures the passage of both the motion and the legislation.

Liberals on the Senate agriculture committee urged that the bill be dropped, saying consideration of the matter might be in contempt of court.

Senator Percy Mockler, the Conservative committee chairman, rejected their arguments. He said the committee was obligated to follow the Senate motion ordering it to examine the bill and report back by Tuesday.

That same motion, he continued, states that if the committee doesn't report by Tuesday's deadline, the bill passes as written.

Mr. Mockler also said the courts can't stop the process. "With the exception of the Constitution Act, no ruling of any court can impede Parliament's ability to consider legislation."

The Harper government, which also invoked closure in the House of Commons to speed the legislation into the Senate, says it disagrees with the Federal Court ruling and will appeal.

Ned Franks of Queen's University, a noted constitutional expert, said the bill can pass, but won't be effective until the courts are finished.

"The federal government can get the legislation through Parliament, but they won't be able to implement it as long as it's before the courts or the courts have agreed with the opponents," he said. "The government just wants to prove a point."

Justice Minister Rob Nicholson told reporters in Toronto he believes the government is within its rights. "Legislation can, and many times does, get challenged, but I'm confident that the legislation that we introduce to Parliament conforms to the Constitution and is within the powers of the Canadian parliament," he said.

Liberal Senator Robert Peterson said he thinks the closure motion was brought in because the Tories feared an extended debate over the court ruling. But he saw no practical way to derail the bill.

"If they're going to ignore the law, then I guess they'll ignore it," he said. "It's a matter of whether we respect the laws of the land or we don't. I guess if you want to pick and choose which ones you like, which ones you don't like, I guess you can do that.

"When a federal judge says you've acted improperly and you can't do this, what more can you do?"

The National Farmers Union demanded the resignation of Agriculture Minister Gerry Ritz over his handling of the wheat board bill.

"Minister Ritz has disregarded the majority opinion of Western Canadian farmers," union president Terry Boehm said. "He has broken the law. We expect more of a minister of the Crown. It is time for Gerry Ritz to resign."

New Democrat MP Pat Martin urged the government to suspend the bill until the courts have had their say. To forge ahead could threaten the entire grain industry.

"They can pass it," Mr. Martin said. "They can put it in place and it may be overturned after the fact, which would be even more devastating for the rural prairie farm economy because the orderly marketing of 20 million tonnes of grain doesn't happen just on a whim and a notion."

"If they turn this marketing system on its head, upside down, they're going to wreak havoc with the 2012 crop year," the New Democrat said. "At the very least, they should suspend this. If they're serious about doing away with the wheat board, do it next year but this time do it right with a consultation of farmers first."

Mr. Ritz brushed off possible upheaval in the industry.

"Fortunately, farmers in western Canada know how to market their crop in 2012," he said in the Commons during Question Period. "They will have the option of marketing through a voluntary Canadian Wheat Board at the same address, using the same people they have always done, or they will have the opportunity to market individually. They can go to their best bottom line for their industry and market accordingly. "

In the Senate agriculture committee, Allen Oberg, chairman of the marketing agency's board of directors, urged senators to stop the legislation. "This bill cannot and should not be proceeded with," he said.

Mr. Oberg said the government ignored the wishes of farmers when it pushed the bill through the Commons. "Farmers have approved none of this," he said. "Farmers do not wish this. It is not in their interest and must be stopped."

Stewart Wells, another director, said senators would be doing the government a favour if they froze the bill.

"The minister of agriculture and the prime minister need time to think about this court ruling, understand what it means within the context," he said. "You would be doing them a favour if you made that recommendation that this bill be frozen where it is."

In Question Period, Mr. Ritz made it clear he isn't looking for such a favour.

"We will continue," he said. "We will pass Bill C-18. We will give market freedom to western Canadian farmers." 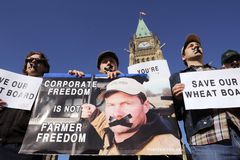 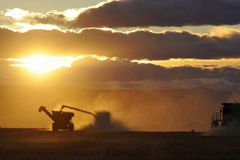 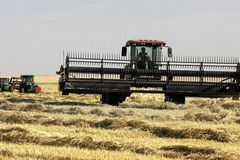 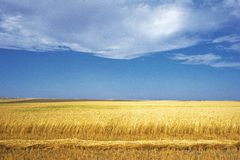 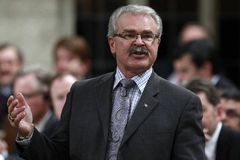 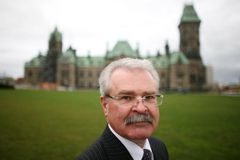 Farmers better represented in the House than the field
December 5, 2011 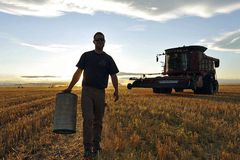