The Harper government has promised major events next year to commemorate the War of 1812. It has swapped traditional art in government buildings with pictures of the Queen. And on Tuesday it will announce that the names of the armed forces will be restored to those that were discarded more than four decades ago.

The move is another demonstration of the Prime Minister embracing Canada's traditional roots, including the military and the monarchy.

A month after Stephen Harper played host to Prince William and his new bride, Catherine, Duchess of Cambridge, the Conservative government will put the word "Royal" back into the country's land and sea forces.

The navy will again be the Royal Canadian Navy, the air force will be called the Royal Canadian Air Force, and the army will be known as the Canadian Army as the Conservative government moves to restore military heritage and pay tribute to the victories of wars past.

The announcement, which will be made in Halifax by Defence Minister Peter MacKay, will be celebrated by the many members of the forces who have never abandoned their opposition to the names Maritime Command, Air Command and Land Command.

But there are some who question the Conservative government's decision to restore the word Royal to the title of the navy and the air force.

William Rompkey, who retired this year as a Liberal Senator, introduced a motion in 2010 to have the name of the Maritime Command changed simply to the Canadian Navy – a move seconded by Conservative Senator Hugh Segal.

Mr. Rompkey is a veteran who served with what was then known as the Royal Canadian Navy. He has been listening for years to complaints from his former comrades about the name changes.

"My first preference was Canadian Navy [and not Royal Canadian Navy]because we are a nation and it's about time we called ourselves what we are," Mr. Rompkey said.

But he acknowledged that many of the Canadians who served in what was then the Royal Canadian Navy want the traditional name returned. "What I want is the navy called the Navy," Mr. Rompkey said. "If we're going to get a title that has Navy in it, well then God bless them."

The Land Force will not be called the Royal Canadian Army because Canada follows British tradition which holds that the navy and the air force are commanded by the Queen but the army is a collection of independent regiments that serve the sovereign but are not part of the Royal Canadian Forces.

The names of the three forces were changed in 1968 by Paul Hellyer, the former Liberal minister of defence, when he amalgamated the army, the navy and the air force into a single structure with a single uniform. The reorganization unravelled in 1985 and the different forces were again allowed to wear their own uniforms –but the new names stuck.

It was a sore point with many veterans who had served under the forces as they were originally called. They pressed the government with a letter-writing campaign that did not let up for more than 40 years.

But others say the money it will take to carry out the rebranding would be better spent elsewhere.

"The fund would be better used to equip our sailors, soldiers and airmen," said Bob Butt, a spokesman for the Royal Canadian Legion.

For Mr. Harper, the return to the more traditional names is just one more sign of his devotion to the country's military valour as something for which Canada should stand.

It is devotion that is apparently shared by others in his cabinet. In June, Foreign Affairs Minister John Baird ordered a pair of historic paintings by Quebec modern master Alfred Pellan removed from their decades-old spot in the Foreign Affairs building and replaced by a 2002 photo portrait of the Queen.

Jack Harris, the NDP Defence critic, said he agrees with changing names of the forces to those that are in common usage but disagrees with the decision to incorporate the word Royal into two of the three forces.

The Canadian Forces are supposed to be unifying institutions, Mr. Harris said. "I think the use of the term Royal would be divisive in Canada and it should be avoided."

Robert Finch, the chairman of the Monarchist League of Canada, embraced the name changes as being "great news" that pay tribute to the history of the forces.

"By having the word Royal, you are underlining the fact that the Queen is the head of the armed forces," he said. "I think it's important to drive home the point that the military is non-partisan or political, they're not the Prime Minister's or the Defence Minister's, they are the Queen's."

The Canadian Forces names: A mark of respect
August 15, 2011
Senate debates whether Canada belongs in the Navy
November 15, 2010 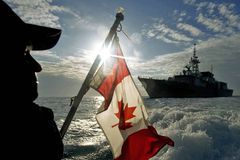 Political push afoot to rename the Canadian navy
May 7, 2010 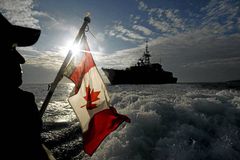 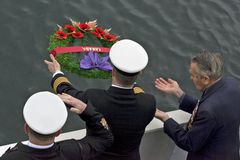 Navy struggles to define its future
May 3, 2010
Follow Gloria Galloway on Twitter @glorgal
Report an error Editorial code of conduct
Due to technical reasons, we have temporarily removed commenting from our articles. We hope to have this fixed soon. Thank you for your patience. If you are looking to give feedback on our new site, please send it along to feedback@globeandmail.com. If you want to write a letter to the editor, please forward to letters@globeandmail.com.
Comments