It also has the potential to drag the Harper government into the matter.

A leading constitutional scholar hired by a conservative-minded think tank, Cardus, says a section of Canada's Constitution not used in more than a century could be used to challenge Ontario's new anti-bullying law, the Accepting Schools Act, on the grounds it violates Catholic education rights.

Eugene Meehan of Supreme Advocacy LLP in Ottawa, the expert enlisted by Cardus, is a former national president of the Canadian Bar Association and former executive legal officer of the Supreme Court of Canada.

In his legal opinion, he points out that a provision in the Constitution Act of 1867 allows Catholic minorities to appeal directly to federal cabinet if they feel provincial legislation impinges on their rights.

Hamilton-based Cardus, which has charitable status, is not launching a legal challenge. But it is releasing the legal research because it believes it is likely some Catholics will press ahead in the courts.

Mr. Meehan said that Section 93 of the Constitution Act of 1867 protects the rights of Catholics to run their own schools in ways consistent with their religious doctrines. He said courts have recognized this involves more than just a guarantee of the right to establish them, but also the right to maintain the religious character of the schools and to function according to Catholic philosophy and tenets.

"It is my professional opinion this legislation impinges on that guarantee," Mr. Meehan said of the Accepting Schools Act.

The Accepting Schools Act came into force Sept. 1. Among its anti-bullying measures is a legal obligation on the part of all schools, including Roman Catholic schools, to comply with student requests to set up gay-straight alliance clubs, or something with a similar name. This has faced opposition from Catholic leaders who believe GSAs contradict the church's teachings.

Mr. Meehan said there is reason to conclude the Ontario law violates the rights of Catholic denominational schools under both the Constitution Act of 1867 and the 1982 Charter of Rights and Freedoms.

"This legislation is vulnerable to a constitutional challenge as well as a Charter challenge," he said.

Section 93 of the Constitution Act was last invoked during the Manitoba Schools Question of the 1890s, when French Catholics in that province fought an effort to abolish public funding for their schools. Part of Section 93 gives the federal cabinet the constitutional authority to intervene on behalf of the affected minority. This power has never been used.

"When Canada was founded, certain guarantees were given to Protestant and Catholic schools," Mr. Meehan said. The question that the courts would have to decide is this: "Can the constitutional agreement be changed by provincial legislation a century and a half later?"

Douglas Elliott, counsel to the Ontario Gay-Straight Alliance coalition, said he thinks a court challenge would fail. He said Section 93 enshrined the rights of denominational schools as they stood at Confederation. Back then, Catholic schools didn't have the authority to regulate extracurricular activities such as gay-straight alliance clubs because they didn't exist.

Also, Mr. Elliott said, a challenge wouldn't be able to prove that the Ontario government is preventing Catholic schools from teaching, if they chose, that homosexual activity is a sin.

The McGuinty government said it expects the controversy will be resolved.

"We are confident that Catholic school boards can implement the Accepting Schools Act in a manner that respects their denominational rights," said Paris Meilleur, spokeswoman for Education Minister Laurel Broten.

Opinion
In Ontario, family values and competing rights
May 8, 2018 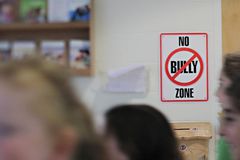 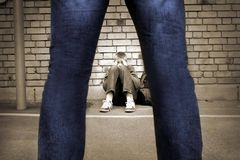 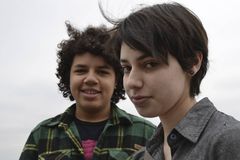 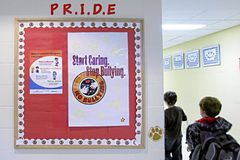 Gay-straight alliances should be allowed their own name
April 30, 2018 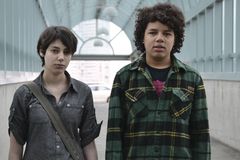 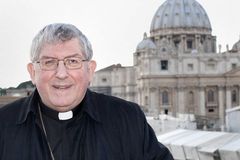 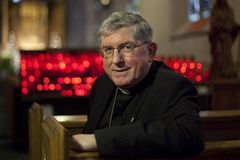