Construction magnate Antonio Accurso personally signed cheques at the heart of a tax-evasion scheme and used part of the funds for luxurious home renovations and fancy clothes, a court document alleges.

Still, the Canada Revenue Agency agreed to a deal last year in which two companies administered by Mr. Accurso - but not the construction magnate himself - pleaded guilty to $4-million in tax evasion and paid an equivalent fine.

By agreeing to the plea deal, Simard-Beaudry Construction Inc. and Louisbourg Construction Ltd. were affected in their ability to obtain government contracts. However, there was no direct consequence for Mr. Accurso.

A court document obtained by Radio-Canada and The Globe and Mail shows the Quebec revenue agency wants to expand on the CRA's investigation and go directly after Mr. Accurso to recoup a larger share of unpaid income and sales taxes.

Some details of the tax-evasion scheme came out last year when the two construction companies acknowledged they had paid invoices provided by two shell companies. However, additional information is provided in the document, an order to produce documentation that Revenu Quebec issued in February in a bid to obtain the entire CRA file on the matter.

In particular, the court document alleges almost $7-million spent on Mr. Accurso's yacht and the personal residences of Mr. Accurso, his son Jimmy and two people who worked for Mr. Accurso's companies were declared as business expenses. The funds were also allegedly used to buy $96,850 in boating accessories and to pay for $225,000 in work on a building owned by Frank Minicucci, a high-ranking official at Louisbourg Construction.

In addition, CRA investigators looked at $240,000 in credit-card charges that were paid by Louisbourg, alleging they partly benefited Mr. Accurso. They include:

Revenu Quebec alleged in the court document that Mr. Accurso "obtained benefits for an unknown amount on which he did not pay taxes."

The court document alleges that two shell companies sent fake invoices to Simard-Beaudry, Louisbourg and other companies that were administered at the time by Mr. Accurso.

The CRA examined 10,395 cheques that were issued in 2006 by Simard-Beaudry. Of these, only 146 were signed personally by Mr. Accurso, including five that were used to transfer $2.3-million to one of the shell companies involved in the scheme, according to the document. Three more cheques worth $1.2-million, from Simard-Beaudry to the other shell company involved in the scheme were signed by Mr. Accurso in 2007 and 2008, the document said.

Revenu Quebec is alleging Mr. Accurso "made false or misleading tax returns, or participated, consented or agreed to their production" between 2004 and 2008.

Montreal businessman Francesco Bruno has pleaded guilty to tax evasion as part of his role in the two shell companies, resulting in a $1.3-million fine.

The matter is also at the heart of an RCMP investigation. According to search warrants, insiders at the CRA, including Mr. Bruno's cousin, tried to help the shell companies avoid a tax audit, drawing up a "plan of action" that was uncovered during a CRA raid.

A lawyer for Mr. Accurso, Jean Groleau, said he could not comment on the document.

Mr. Accurso has been at the heart of controversies in Quebec's construction industry and municipal politics in recent years, in large part after high-profile politicians and union leaders vacationed on his luxury yacht. Mr. Accurso also made headlines during the federal election campaign over his backroom attempts to persuade the Prime Minister's Office to appoint one of his allies as president of the Montreal Port Authority in 2007. 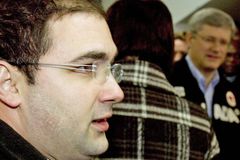 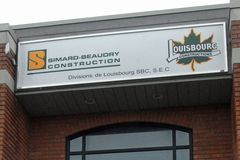 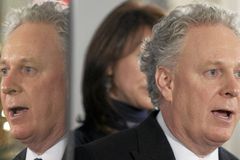