After two-and-a-half weeks of shadow-boxing, the federal election campaign has finally reached the point at which Canadians are compelled to pay attention - a pair of televised debates placing party leaders and their ambitions under the strongest possible light.

The fact that Stephen Harper is by now a very familiar face is no reason for him to escape such scrutiny. Nor should it allow him to gloss over the leap of faith that he's asking Canadians to take.

In elections past, the Conservative Leader could not acknowledge his wish for a majority government without causing mass hysteria east of Manitoba. Now, he's talking about it at every campaign stop - and barely anyone else is saying anything about it at all.

It's healthy that the Conservatives are finally being recognized as the mainstream party they've become. After five years of mostly competent government, nobody outside the fringes is warning that giving them more power would render Canada unrecognizable.

But with relentless targeting of battleground ridings potentially putting the Conservatives over the top - a stronger possibility than seemingly stagnant national polls might suggest - it's time to consider what a majority government led by Mr. Harper would do.

Sensing a risk-averse electorate, Mr. Harper is presenting himself as the status-quo option. His government's economic policies, he repeats daily, have made Canada an island of calm in a stormy international sea. That's threatened by a "reckless" opposition coalition that would be sure to take power if this election's result is similar to the last two. So the only way to stay the course is to give the Conservatives a majority.

While it's barely been challenged so far, that pitch - or at least half of it - strains credulity. It's possible that, if they are given only a third minority, the Conservatives would be overthrown and turmoil would ensue. But would Mr. Harper really stay the course himself?

For five years, he's not been able to do much without an opposition party's consent. Freed from those constraints, he could be more ambitious. And while their platform is mostly an exercise in mistake avoidance, it's possible to get some sense of where the Conservatives are headed.

Most straightforward is the stuff they've brought forward in recent years, but haven't been able to get through. That includes packaging law-and-order initiatives into an omnibus bill, finally doing away with the long-gun registry, eliminating per-vote subsidies to political parties, and starting to reform the Senate.

Although none of that is trifling, more ambiguous reforms likely to come later in a four-year term stand to have the most impact.

Mr. Harper's well-documented long-term goal is to establish the Conservatives as the dominant federal party, and he's already gone some way toward reshaping a government culture he believes is more aligned with the Liberals' interests. That's involved taking on public agencies (Statistics Canada), limiting the size of government by capping revenues (a two-point GST cut) and retreating from areas of provincial jurisdiction (health care).

With a majority, Mr. Harper would move more swiftly on these fronts. There's been chatter about how his platform can pledge billions of dollars in savings through a "program review" when past promises along similar lines have achieved little. The obvious answer is that, without needing other parties on board, government departments could more easily be downsized.

Spending cuts are rarely permanent. But more lasting change might come from tax reforms. Policies such as income-splitting, which makes life easier for stay-at-home parents, are replacing social spending as a means of driving the government's values - and would likely be accelerated.

Then there are looming negotiations over a new federal-provincial transfer agreement, which will force the country into an urgent discussion about health care. Entering those talks unencumbered by minority status, Mr. Harper could further remove Ottawa from that field. Or he could seize the opportunity to move the country toward a more market-oriented system.

There's more, of course. Less lip service to priorities of their opponents, notably climate change. More leeway to negotiate a perimeter agreement with the United States. Other sacred cows - the CBC, perhaps - finding themselves less insulated from change.

Given the way Mr. Harper is campaigning, it's difficult to suss out exactly what he has in mind. But it matters more than what the Conservatives dismiss as "process stories."

The pendulum need not swing back toward irrational fear, which is where opposition leaders might try to push it in the debates. Canada, after four years of a majority government led by Mr. Harper, would not be unrecognizable.

But for better or worse, it would be different. And this week offers our best hope of finding out what it would look like. 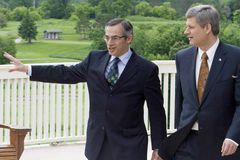 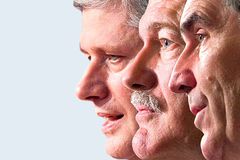 Harper soars comfortably above rivals on leadership going in to debates
April 11, 2011 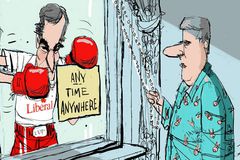 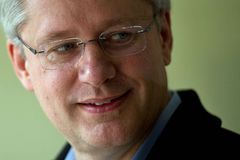 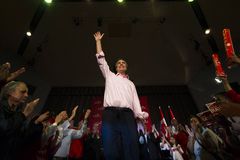 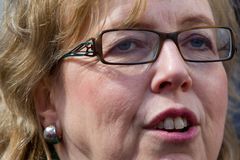 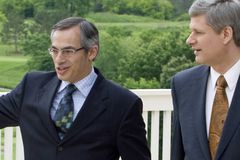 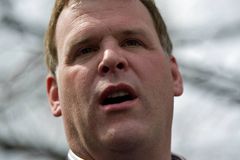 Auditor-General boxes Harper in
April 11, 2011
Follow Adam Radwanski on Twitter @aradwanski
Report an error Editorial code of conduct
Due to technical reasons, we have temporarily removed commenting from our articles. We hope to have this fixed soon. Thank you for your patience. If you are looking to give feedback on our new site, please send it along to feedback@globeandmail.com. If you want to write a letter to the editor, please forward to letters@globeandmail.com.
Comments