The Canadian Human Rights Commission is taking the unusual step of asking the Federal Court to enforce a decade-old settlement that created equity targets for a prestigious research award because most universities have consistently failed over the years to give enough chairs to women and diverse candidates.

The Canada Research Chair program, which awards funding for up to 2,000 academics at a time, was required to track how many of its recipients are female, indigenous, visible minority or had a disability after a 2006 settlement through the Canadian Human Rights Commission.

The equity targets are meant to ensure that the demographics of the award recipients reflect the demographics of the pool of qualified academics. The most recent figures show more than half of universities across the country do not make their targets, with small institutions generally doing better than large ones. In the aggregate, the 15 largest institutions – which hold the bulk of all research chairs – currently meet the targets of 15 per cent for visible minorities and 1 per cent for aboriginal researchers, but are three points shy each in meeting the targets of 31 per cent for women and 4 per cent for academics with a disability.

The targets do not deal with systemic barriers that may prevent more diverse candidates from being hired into academia in the first place. According to 2011 census data, 19 per cent of Canadians identified themselves as visible minorities, and 50 per cent are women.

The Canadian Human Rights Commission's motion, if successful, would mean the 2006 settlement would have the effect of a court order. Commission spokesman Jeff Meldrum said it is uncommon for the organization to seek this sort of court action and the enforcement powers that come along with it.

Three federal agencies decide how many Canada Research Chairs each university receives, and it is up to the individual universities to nominate candidates for the awards. The federal agencies approve the universities' picks more than 90 per cent of the time. One award category gives academics $200,000 per year over seven years and can be renewed indefinitely, while another tier gives researchers $100,000 per year over five years and can be renewed only once.

Amir Attaran, a law professor at the University of Ottawa who served two five-year terms under Tier 2, says universities should stop receiving chairs to hand out if they do not fulfill the equity hiring obligations.

"Why can you not exercise that power of rejection, which [the program] already has, in such a way that the universities that are persistent violators of the targets either move towards the targets or they keep getting their applications rejected?" he said.

Prof. Attaran is pursuing his own human-rights complaint about the program.

The Liberal government recently made changes to a more elite version of the awards, the Canada Excellence Research Chairs, to spur institutions to nominate more diverse candidates. Of the 28 current holders of the more lucrative chairs, only one is a woman.

Science Minister Kirsty Duncan, a former researcher herself, says the government is committed to equality.

"We can all do more to address the barriers women and people from other underrepresented groups face in the sciences," Ms. Duncan said in a statement.

"Frankly, our country cannot reach its full potential if more than half of its people do not feel welcomed into the lab where their ideas, their talent and their ambition is needed. As a scientist myself, I've spent 25 years fighting for more diversity in science and I will continue to do so."

Wendy Robbins, a professor at the University of New Brunswick and one of the respondents in the original 2006 case, applauded the changes to the top-tier awards and said something needs to be done for the broader program.

The agencies say they have made great progress in making the program more equitable – pointing to an increase in chairs awarded to women from 14 per cent in 2001 to 29 per cent in 2016 – but Prof. Robbins says that is not good enough.

"How much time do they need? I would think a decade would be a pretty reasonable time frame," she said. 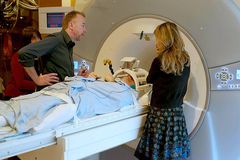 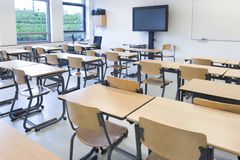