A court is being asked to decide whether the secret nature of the compensation process for people who were abused as children at one of Canada's Indian residential schools allowed government lawyers to persuade adjudicators to deny compensation unfairly to those who suffered.

Depending upon the outcome of the case, compensation claims from many of the schools' survivors may have to be reopened just as the nine-year Independent Assessment Process (IAP) is winding down.

An indigenous man who says a priest sexually abused him over a number of years at one of the most notorious schools is asking the Ontario Superior Court of Justice to allow the public release of secret documents that could explain why he was denied a cash settlement.

He also wants government lawyers, whom he accuses of withholding evidence that could have backed up his story – and possibly the stories of other claimants who allege abuse at St. Anne's Indian Residential School in Fort Albany, Ont. – to be compelled to testify about why they acted as they did.

The man, who is known to the court as H-15019, attended St. Anne's in the 1970s. People who were sent to that school report being tortured in a homemade electric chair, forced to eat their own vomit, raped and sexually molested.

As in all hearings under the IAP, the testimony of H-15019 and the government's response were conducted behind closed doors – secrecy imposed to protect the privacy of claimants as they recount the deeply personal and emotionally charged memories of their difficult childhood, and the identities of accused perpetrators.

But Fay Brunning, the man's lawyer, says in a document filed with the Ontario Superior Court of Justice that this helped Justice department lawyers challenge her client's credibility. The confidentiality means individual claimants do not know what was alleged in other hearings and that reliable corroborative evidence can be suppressed, she wrote.

In the case of H-15019, the Justice department lawyers told the adjudicator that the accused priest was not at the school at the time some of the assaults were alleged to have occurred. The court document filed by Ms. Brunning says the government lawyers had Ontario Provincial Police documents proving the priest had access to the children of St. Anne's during the entire time the man was a student, and that other former students had accused him of similar sexual crimes.

The federal government had, for several years, kept thousands of documents from a five-year OPP investigation in the 1990s that resulted in 860 complaints of abuse against 180 people.

Those documents were not introduced into the IAP hearings, which began in 2007. The man known as H-15019 and other survivors did not know they existed.

In January, 2014, Justice Paul Perell ordered the government to provide the OPP documents, criminal trial transcripts and pleadings in 154 civil actions to IAP claimants. But when H-15019 again went before an IAP adjudicator in July, 2014, the Justice department lawyers still did not file the evidence that confirmed the priest was a serial sexual abuser, and the claim was denied.

Nor was the new evidence from the documents taken into account during IAP reviews of his denied claim.

Dan Shapiro, the chief adjudicator of the IAP, pointed out in an e-mail that Justice Perell said in his ruling that the court does not have the jurisdiction to interfere with the work of the adjudicators. Nor does the adjudication secretariat have the authority to compel parties to produce documents they may have in their possession, Mr. Shapiro said.

"It is important to remember that the IAP does not require corroboration of claimants' testimony," he said, "and that the vast majority of cases are decided without resorting to similar-fact evidence or corroborating testimony."

Ms. Brunning said she first met her client when she was contacted by mental-health workers who were treating him in hospital after he attempted suicide when the final door for compensation was shut.

Now he is asking for the court to decide his case, or for a new hearing under the IAP. And he wants the judge to determine a "fair and expeditious" process for assessing the claims of other students of St. Anne's who have been denied money, or received less than they were entitled to, because the adjudicators were presented with a "false narrative."

When asked for comment, officials with the Indigenous Affairs department who responded by e-mail on behalf of the government, said claimants who are denied compensation under the IAP can take their cases to a court.

"The government of Canada," the officials said, "is committed to ensuring that former residential schools students receive the compensation to which they are entitled under the Indian Residential Schools Settlement Agreement." 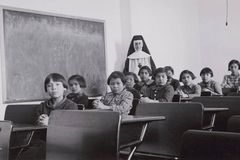 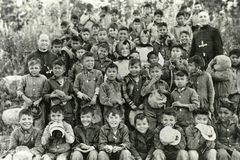 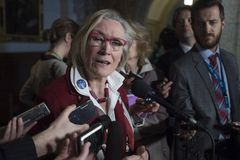