The federal government's plans to enhance the Canada Pension Plan will ultimately bump 243,000 low-income Canadians from qualifying for the Guaranteed Income Supplement, according to the latest report from Canada's chief actuary.

The finding highlights one of the concerns that was raised at the time of the CPP reform debate, namely that forcing low-income Canadians to spend more on CPP premiums during their working years may not be in their best interests.

Higher CPP benefits mean some low income seniors will no longer qualify for the GIS, a component of the Old Age Security program. The GIS benefits are based on income and are fully phased out for single seniors who earn more than $17,688 a year.

Benefits for OAS and GIS are paid out of the federal government's general revenues. In contrast, CPP benefits are drawn from a separate account that is financed through employee and employer payroll contributions and managed independently by the Canada Pension Plan Investment Board.

The government recently released the latest report from chief actuary Jean-Claude Ménard on the Old Age Security program, which includes the GIS. The report is the first one to show how higher CPP premiums scheduled to begin in 2019 will ultimately affect the OAS program.

The report shows that because of the planned CPP changes, by 2060, 6.8 per cent fewer low-income Canadians will qualify for the GIS, representing 243,000 fewer beneficiaries. This will save the federal government $3-billion a year in GIS payments.

A key point however is that the Liberals have also made two significant decisions prior to the CPP changes that make OAS and GIS more generous than had been the case previously. The Liberals reversed a Conservative government decision to raise the eligibility age of OAS and GIS from 65 to 67 by 2030. The Liberal government also increased GIS benefits. Taken together, a previous chief actuary report said those two decisions will raise annual federal spending on OAS and GIS by $11.6-billion in 2030.

Finance Minister Bill Morneau and his provincial and territorial counterparts reached a deal in 2016 that would see Canadians pay higher CPP premiums as of 2019 in exchange for more generous CPP benefits in retirement.

Governments approved the change largely in response to concern that many middle income Canadians are not saving enough to sustain their current standard of living in retirement. However, the policy did face criticism at the time that it would not benefit low-income Canadians. The policy has also faced criticism from business groups, given that employers must also make larger CPP contributions for each employee.

The maximum CPP benefit will ultimately rise from $13,110 to nearly $20,000. When the CPP deal was announced, the federal government said it would also be enhancing a program called the Working Income Tax Benefit, "to ensure that eligible low-income workers are not financially burdened as a result of the extra contributions."

Finance Canada spokesperson Jack Aubry repeated that point Wednesday in an e-mail. He also noted that employee contributions to the new, enhanced portion of the CPP will be tax deductible, which he said will benefit low– and modest-income workers.

Richard Shillington, a statistician who co-authored an Institute for Research on Public Policy paper this year that outlined how the CPP change could negatively affect low-income seniors, said the actuary report backs up the concerns he and others have expressed about the CPP change.

"People who are already low income will have an even lower disposable income [while working], and the beneficiary of that saving will be primarily the federal government in reduced GIS spending," Mr. Shillington said. "The numbers quantify from a very credible source a pattern that the policy experts knew was there. One of the issues that the CPP expansion didn't address, and in fact exacerbated, is that because of the GIS clawback, it's very difficult to increase support for low-income seniors."

In addition to describing the effect of the CPP changes, the actuarial report also highlights the major impact of the retiring baby boom generation.

University of Calgary economist Jack Mintz noted that unlike CPP, OAS spending must be found from government revenues at a time when demographic change will mean less tax revenue as a share of GDP.

"This is going to be a real problem," he said. "The governments in the future are going to be facing more and more of a constraint." 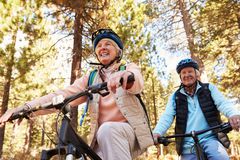 More Canadians seeking CPP disability benefits have denials overturned on appeal
June 4, 2017
Widow takes feds to appeals tribunal over CPP benefits denial
April 30, 2017
Follow Bill Curry on Twitter @curryb
Report an error Editorial code of conduct
Due to technical reasons, we have temporarily removed commenting from our articles. We hope to have this fixed soon. Thank you for your patience. If you are looking to give feedback on our new site, please send it along to feedback@globeandmail.com. If you want to write a letter to the editor, please forward to letters@globeandmail.com.
Comments