Tides Canada is having its charitable status audited by the Canada Revenue Agency in the midst of an attack by Conservative politicians who have branded it a foreign-funded radical group.

The Vancouver-based group finances a broad range of social, educational and environmental work, but also serves as a clearinghouse for foreign donors that want to donate here but do not have Canadian charitable status.

Canada Revenue Agency officials have, for the past year, been examining the organization's books for 2008 and 2009, having launched the current review just three years after Tides Canada's last audit.

"I'm confident we'll see another positive outcome as we really do take seriously our responsibility to act in full compliance with the Income Tax Act and CRA guidelines," Tides Canada president Ross McMillan said in an interview.

The charity – which had revenues of $14.5-million in 2010 – has two main funding arms. Tides Foundation finances other charities ranging from Big Brothers and Big Sisters organizations to Environmental Defence Canada, and Tides Initiatives does its educational, social and environmental work.

Mr. McMillan said the foundation does no political advocacy, although some of its recipient organizations do so. In its own initiatives, it allocates less than 1 per cent of its spending on political activities, well below Revenue Canada's 10-per-cent threshold.

Although the audit began more than a year ago, Tides had kept it quiet, fearing news of it would draw unwanted political attention to the organization. But Mr. McMillan confirmed on Monday that it is still under way, though he wouldn't comment on whether it was politically motivated.

"It is really, really difficult to know where the audit came from," he said.

"I will say that some of the information requested of us by CRA does not appear to be random – many of the questions concern international funding, projects of interest to international foundations, and contractors and projects with views that are not always aligned with government perspectives on both social and environmental policy."

Natural Resources Minister Joe Oliver singled out the organization when he launched his broadside in January, attacking "environmental and other radical groups" who, he said, are funded by foreign donors and work to undermine Canada's national interest.

In the March budget, the Harper government ordered the CRA to step up its efforts on education and compliance with charities that engage in political activity.The government said then that it was responding to concerns that some charities may not be respecting the rules, and that it also intended to increase the reporting rules for charities that take money from foreign donors.

Mr. Oliver on Monday distanced himself from the charges of money laundering, and government ministers insist they are merely ensuring charities follow the Income Tax Act.

"I haven't used that term," he said when asked whether he believes charities are essentially laundering money, "and I don't believe people are being accused of criminal activity."

The minister said charitable groups will still be able to receive money from outside sources to finance political activities, so long as they stay within the current guidelines that limit spending on advocacy to less than 10 per cent of total revenue.

Environmental charities have launched an advertising campaign accusing the government of trying to muzzle them as it proceeds with a massive overhaul of Canada's environmental assessment regime.

In the Commons on Monday, National Revenue Minister Gail Shea said the government is taking action to protect "Canadian interests through ensuring that these organizations are operating properly and within the law."

Nancy Bishay, a spokeswoman for Ms. Shea, said she could not comment on the specific audit but said Revenue Canada enforces the Income Tax Act "independently and without political interference."

"But it is hard not to see it as politically motivated, based on the behaviour of this government," she said, arguing that environmental groups are facing a "witch hunt" by the Harper government determined to suppress dissent.

Revenue Canada has recently informed another charity, Physicians for Global Survival, that it is losing its charitable status because its advocacy against nuclear weapons is judged too political.

But that group's battle with the CRA began more than six years ago, when the Liberals were in office. 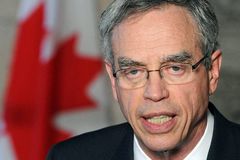 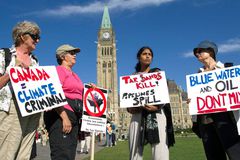 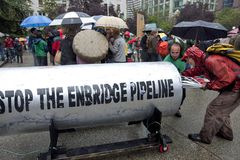