The Canadian government has revealed that it was the victim of a multimillion-dollar swindle known as a "carousel scheme" that is based on fraudulent sales tax refunds.

The use of this scheme is prevalent in Europe, but is thought to be relatively new to Canada, where a number of tax lawyers said they were unfamiliar with this type of fraud.

At this stage of its ongoing investigation, the Canada Revenue Agency has identified $52-million in allegedly fraudulent requests for sales tax refunds and rebates over a five-year period. According to the CRA, 11 people based in Britain orchestrated this "tax fraud and money laundering scheme."

The federal tax-collection agency launched a crackdown on Tuesday, conducting a series of raids in three locations in Canada and six others in Britain. More than 80 investigators with the CRA and their British counterparts at HM Revenue and Customs were involved in the raids.

The raids targeted businesses and residences in Ontario (Richmond Hill, Victoria Harbour and Ajax) as well as locations in London, Birmingham, Worcestershire, and Stratford-upon-Avon in England.

Dozens of corporations were allegedly created in both countries to perpetrate the fraud against Canadian taxpayers.

"We are also committed to pursuing fraudulent taxpayers and, with the help of our global partners, bringing them to justice," National Revenue Minister Diane Lebouthillier said in a statement. "We are taking an active role in ensuring everybody pays their fair share and tax cheats must face consequences for their actions."

To make money off of a carousel scheme, fraudsters create shell companies, false commercial transactions and a lengthy paper trail in order to convince government agencies they are eligible for large sales-tax refunds.

The complex web of companies in this case were set up in Canada and Britain, with the fraudsters allegedly creating false transactions to obtain GST or HST refunds for fake transfers of goods and services.

A carousel scheme usually relies on the importation of goods and services into a country, their transfer to one or two additional companies and their subsequent export outside of the country. The fraud is perpetrated when a company receives a refund from the government for an amount of tax that had never actually been paid.

"The process can repeat many times resulting in the goods moving around in the same fashion as a 'carousel,'" the CRA said as it sought to explain the scheme.

The investigation was conducted by the CRA in partnership with the RCMP, the Canada Border Services Agency and FINTRAC, the federal agency that tracks money transfers in the country.

"The CRA is publicizing these searches in an effort to warn Canadians about carousel schemes and to reiterate that it will investigate and refer for prosecution individuals and businesses who deliberately attempt to evade taxes. In addition to having to pay the taxes they tried to evade, plus penalties, prosecution can also lead to court fines and even incarceration," the CRA said.

The CRA has convicted 508 taxpayers of tax evasion between 2011 and 2016, resulting in $40-million in fines and 244 years in jail sentences. The 2016 federal budget included $444.4-million over five years to help the agency crack down on wealthy tax cheats.

"Our approach is already showing results: The CRA's domestic and offshore audit activities have put our government on pace to raise assessments of over $13 billion this year," Ms. Lebouthillier said. 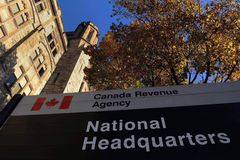