The Canada Revenue Agency will no longer allow Canadians to benefit from financial relief when they disclose unreported income in cases that involve offshore dealings or sophisticated tax-avoidance schemes, federal officials said. Starting in March, the federal agency will restrict the incentives offered to late-filing taxpayers under the Voluntary Disclosures Program.

The changes to the VDP are part of a federal clampdown on tax evasion and aggressive tax avoidance, especially in cases involving the use of tax havens. The Liberal government has been scaling back the financial benefits of owning private corporations, but there is growing pressure on Ottawa to maximize the revenue from wealthy individuals and corporations with access to sophisticated tax lawyers and accountants.

Under a new "limited" VDP that will apply to wealthy taxpayers involved in complex schemes as of next year, the CRA will offer immunity from criminal prosecution and waive "gross negligence" penalties to successful applicants. However, to qualify under the newly configured program, individuals and companies will have to pay all owed taxes, full interest and late-filing penalties – amounts that were frequently lowered or waived under the existing program.

Related: Revenue Minister steps back from claim Ottawa is close to recovering $25-billion in unpaid taxes

"If somebody applied, they could pretty much count on being accepted. That was harmful to the fairness of the regime," CRA assistant commissioner Ted Gallivan said in an interview.

"Now, to the extent that you are a sophisticated, high-dollar taxpayer who knew exactly what you were doing when you did it, we will either deny you VDP or give you a very watered-down version," Mr. Gallivan said.

The CRA argues it is can impose new restrictions on the VDP because it has access to growing amounts of data on financial transfers over $10,000, worldwide banking information and a well-functioning paid-informant program.

"We are increasingly confident in finding these taxpayers on our own and not be as reliant on the Voluntary Disclosures Program to find them," Mr. Gallivan said. "In two to three years, we will be looking to close or further restrict the program because we are supremely confident that we are able to identify these taxpayers."

However, the CRA plans to allow voluntary cases that involve honest mistakes or small-scale misreporting of income.

Filing applications under the VDP has traditionally been a lucrative business for tax lawyers and accountants, and the changes to the program are expected to rock the industry. In the 2016-17 fiscal year, the VDP was used 18,500 times by taxpayers to disclose $1.6-billion in previously unreported income.

One of the best-known past uses of the VDP involved former prime minister Brian Mulroney, who declared $225,000 in income to the CRA years after receiving envelopes of cash from German-Canadian businessman Karlheinz Schreiber, as found by a public inquiry.

The changes to the VDP are being announced on Friday and will take effect on March 1, 2018.

Under the current system, taxpayers can benefit from financial relief on the penalties and the compound interest imposed by the CRA, a benefit that offers large savings on final tax bills, Mr. Gallivan said. About 80 per cent of applications are currently approved.

However, the CRA is arguing in a news release that the program is increasingly being used "by certain wealthy individuals and corporations as a way to avoid the consequences of their aggressive tax planning."

In particular, Mr. Gallivan said, the program was frequently used by taxpayers as soon as they found out that a particular tax-avoidance structure that they had used was under audit, or if the CRA started to crack down on their tax lawyer or accountant.

Last year, the CRA imposed $44-million in penalties against "third-parties" for their role in tax-avoidance schemes, an amount the agency hopes to increase in coming years.

To qualify under the new limited program, taxpayers will have to disclose the third-party advisers with whom they had been preparing their taxes. In addition, lawyers will no longer be able to apply on behalf of anonymous clients whose identity is only revealed after a deal is approved.

The CRA said it will continue to deny access to the VDP to taxpayers named in leaks such as the Panama Papers.

"The Government of Canada is committed to cracking down on tax evasion and aggressive tax avoidance to ensure a system that is responsive and fair for all Canadians. The changes to the Voluntary Disclosures Program are part of these efforts, which will allow the Agency to crack down even further on those who are intentionally breaking the law," Revenue Minister Diane Lebouthillier said in a statement. Revenue Minister steps back from claim Ottawa is close to recovering $25-billion in unpaid taxes
December 5, 2017 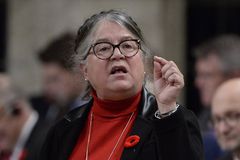 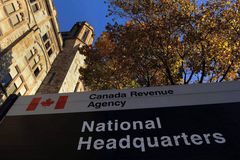