For years, a majority of Americans have been telling pollsters they favour building the long-delayed Keystone XL pipeline. But if asked whether it makes a difference that Alberta's oil sands crude could be exported to China then sentiment turns negative, according to the project's opponents.

According to the poll, overwhelming majorities of Americans want Congress to "make sure" it knows where the oil is going and want TransCanada executives to testify under oath that the oil will stay in the United States.

"TransCanada (executives) have refused to commit to their propaganda, including refusing to testify under oath," that the oil will stay in the United States, said Christopher Lehane, senior adviser at NextGen and a spokesman for Mr. Steyer in a conference call about the poll results.

TransCanada, backed by Prime Minister Stephen Harper and a slew of Canadian premiers, have pitched Keystone XL as a reliable source of much-needed oil from a trusted ally. But environmentalists and other anti-Keystone XL groups claim the oil is no longer needed in the United States where domestic production has soared and that what Canada really wants is an export route to finance vast new development of the oil sands.

TransCanada has "done an effective job of spreading their propaganda," Mr. Lehane said, adding that more than half of the poll's respondents believe "the oil will stay in the United States."

It's "our belief that's not true," he added. Ads paid for by Mr. Steyer show Alberta crude on tankers bound for China and India after being refined in Louisiana and Texas.

TransCanada was unimpressed. "Other than opponents of Keystone XL, no one else is talking about this pipeline being used to export oil from the U.S.," Shawn Howard, a TransCanada Corp. spokesman, said, adding: "Mr. Steyer's ads showing the oil headed for China received 'Four Pinnochios' – which the Washington Fact Checker rates as 'Whoppers.'" In an e-mailed response, Mr. Howard said of Mr. Steyer's campaign: "after repeatedly having their claims and stunts exposed, we will leave it up to others to assess their credibility."

The poll, conducted for NextGen earlier this month by SurveyUSA, both nationally and in nine key battleground states, underscores how opponents have managed to turn an-often-routine approval process for a pipeline into a politically contentious issue and Keystone XL into a proxy for a much broader debate on energy independence and climate change.

Consider, for instance, the responses to this question: "Would it concern you a lot, a little, or not at all, if oil flowing through the Keystone XL pipeline ended up in China?"

Overall, 87 per cent agree that would concern them, with the concern greatest among conservatives – who otherwise tend to back the pipeline most strongly.

Similarly, more than 80 per cent of respondents agree when asked "Should foreign oil company executives be required to testify under oath before Congress about whether oil flowing through the pipeline will remain in America or be exported?"

"Support collapses pretty quickly," said Mr. Lehane, when voters are told Keystone-delivered oil may be refined and then shipped aboard or when the involvement of Chinese oil firms in Canada's oil patch is part of the question.

The poll wasn't intended to gauge overall voter support for the pipeline. That question isn't asked, although many other polls have consistently recorded significant majorities backing Keystone XL.

Rather it was intended, Mr. Lehane said, to test whether that support was contingent on assumptions such as the United States needed the oil and preferred to get it from a reliable ally, both key elements of the campaign promoting the project.

Not surprisingly, pro-Keystone XL groups were denouncing the poll and Mr. Steyer, even before the results were announced.

"What do you do when you're clearly on the losing side in your own party?" said Matt Dempsey, of Oil Sands Fact Check, one of the groups lobbying for Keystone XL. "You pay for your own poll that asks misleading questions designed to get the results you want," he added in an e-mailed statement.

Mr. Steyer is reportedly willing to spend $100-million or more in the current campaign cycle in an effort to help candidates that share his views that greenhouse gas emissions and the consequent global warming poses a grave danger to the planet and succeeding generations.

The poll's findings illustrate some key points where shaping the Keystone XL debate could influence outcomes next November. 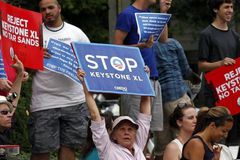 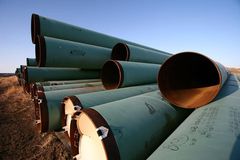 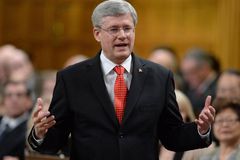 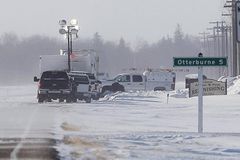