At a moment when end-of-life issues are at the top of the political and legal agendas in Canada, a prominent voice for legalizing medically assisted suicide is about to lose its charitable status after a federal audit of its political activities.

The Canada Revenue Agency is annulling the status of Dying With Dignity – not revoking it – because the federal tax agency concluded the organization did not meet the definition of a charity when it applied back in 1982. The organization was "registered in error," the CRA wrote in a letter dated Jan. 16.

Despite her disappointment at the audit's outcome, Dying With Dignity's chief executive officer says the tax man's decision has a silver lining.

The organization intends to become a non-profit, and as such will not be shackled by CRA charity rules that limit political activities to 10 per cent of a group's resources and forbid partisanship – all in time for a fall federal election in which aid-in-dying is expected to be a big issue.

"We've been under severe constraints as a charity," Ms. Morris said. "There's certain political activity we've not been able to touch, [such as] talking about individual political parties or politicians. I'm hoping that … the extra strength of voice that we'll achieve by being able to be overtly political will more than outweigh the loss of our charitable status."

The annulment means that Dying With Dignity, which educates Canadians about their end-of-life options, provides support for terminally ill patients at the bedside and advocates for choice in dying, can keep its existing assets of about $500,000.

But it will no longer be able to issue charitable receipts for donations at some point after Feb. 15.

Although the change is not specifically because of Dying With Dignity's political activities, the group is believed to be the first stripped of its status as the result of Canada Revenue Agency's controversial $13.4-million effort to determine if charities are breaking the rules for political work.

The CRA is planning to conduct 60 political-activity audits by the end of 2015-2016; 44 are either ongoing or closed, a spokeswoman for the agency said by e-mail on Tuesday. So far, status has not been revoked for any of the targets of the blitz, she said.

Most of the charities that have spoken publicly about the audits have been left-leaning, including the David Suzuki Foundation, Amnesty International and the United Church of Canada, which administers Kairos Canada, an ecumenical justice organization made up of 11 churches and church agencies.

The CRA is legally barred from saying which charities it is auditing, making it difficult to determine if left-leaning groups have in fact been singled out.

"The process for identifying which charities will be audited is handled exclusively by the charities directorate of the CRA in a fair and consistent way," the CRA spokeswoman said.

The Supreme Court of Canada is expected to rule later this year on a case that could overturn the Criminal Code prohibition against helping the terminally ill take their own lives. Dying With Dignity was an intervenor in the case, which it was able to do thanks to pro bono legal support.

"Not just in Canada, but around the world, this is an issue whose time has come," she said.

Although the CRA decided to annul Dying With Dignity's charitable status because it was registered in error, the agency also said in its Jan. 16 letter that "the serious non-compliance issues identified by our audit … would otherwise provide grounds for revocation."

In October, the left-leaning Broadbent Institute, which is named for a former federal NDP leader, published a report calling for an independent inquiry into CRA's political-activity audits.

"I think it's a ridiculous misuse of federal government resources," Rick Smith, the institute's executive director, said on Tuesday. "The CRA complains regularly that it lacks the resources to go after high-end tax avoiders in the Cayman Islands and yet it seems to have ample resources to persecute small charities that the vast majority of Canadians deem to be useful."

The institute's October report looked at 10 organizations it deemed overtly right-leaning and which had reported no political activity in their tax filings for the previous three years. "Despite its new mandate to investigate political activity, this hasn't sparked the interest of the CRA to the same extent as groups known to be critical of government policies," the report said.

However, the Broadbent Institute confirmed on Tuesday that it did not reach out directly to the 10 organizations to see if they were being audited.

One group on the list, the Canadian Constitution Foundation, told The Globe and Mail on Tuesday it was the subject of an audit when the report was published, a process that is ongoing.

"The report took those 10 charities and really strongly implied that they hadn't been audited and therefore that was evidence of selective auditing when in fact it didn't bother to even check and see if any of those charities had been audited," said executive director Marni Soupcoff. "In our case, we had been audited before the report came out. If they had called and asked, we would have certainly been happy to tell them that."

Of the other nine charities on the Broadbent Institute's list, four confirmed to The Globe they had not been audited since 2012, three declined to speak publicly about matters they considered internal and two did not respond by deadline.

Clarification: A previous version of this article incorrectly described Kairos Canada as a United Church of Canada organization. Kairos is in fact an ecumenical organization of 11 churches and church agencies administered by the United Church, which is the subject of the audit.

Opinion
Why did Revenue Canada get away with breaching my privacy?
December 12, 2014 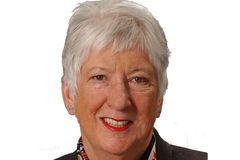 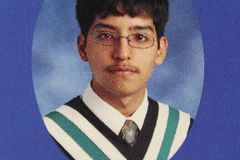 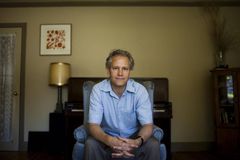