Harsh federal sentencing policies are propelling the country back to a time of massive prison overcrowding and riots, according to a senior Department of Justice adviser who recently retired, David Daubney.

With a government omnibus crime bill on the verge of becoming law, Mr. Daubney said he felt compelled to issue a warning that federal priorities threaten to undo decades of correctional research and reform.

"Overcrowding is already severe at both the federal and provincial levels," Mr. Daubney said in an interview. "It's going to get tougher, and prisons will be more violent places. We may go back to the era of riots in prisons. I'm afraid it is going to get worse before it gets any better."

The interview with Mr. Daubney, who developed expertise in sentencing policy as a Progressive Conservative MP in the 1980s and joined the Justice Department in 1990, provided a rare glimpse into the backroom mechanics of the Justice bureaucracy.

Mr. Daubney said that, since the mid-2000s, the Justice Department has asked for less and less research to be undertaken and typically ignores recommendations against policies such as mandatory minimum sentences or prison expansion.

"It is kind of sad that I have to do this, but somebody has to take the risk of talking," Mr. Daubney said. "I feel sad for my colleagues who are still there. It was clear the government wasn't interested in what the research said or in evidence that was quite convincingly set out."

He said recommendations were diluted, neutered or dropped as they percolated through senior layers of the bureaucracy toward the minister.

Mr. Daubney said that the departmental distaste for research and recommendations is the opposite of the situation under administrations such as those of Conservative justice minister Kim Campbell and Liberal justice ministers Martin Cauchon and Irwin Cotler.

He accused the Harper government of latching onto a harsh correctional policy that could be easily marketed to the public.

"The policy is based on fear – fear of criminals and fear of people who are different," he said. "I do not think these harsh views are deeply held."

As an MP, Mr. Daubney chaired the parliamentary justice committee and the Standing Committee on Justice, which produced a review of sentencing that was well-received by criminologists, the judiciary and much of the legal community.

He was the co-ordinator of the Justice Department's sentencing-reform team until retiring in October. He now chairs a non-governmental organization – Penal Reform International – which works in dozens of countries to achieve penal reforms including the use of non-custodial sentences and the abolition of the death penalty.

Justice Minister Rob Nicholson defends the approach. "We don't govern on the basis of statistics," he told Parliament last week. "If we see a need to better protect children or send a message to drug dealers, that's the basis upon which we're proceeding."

However, Mr. Daubney said that mandatory minimum sentences have been widely condemned in correctional circles. He added that the government has misrepresented conditional sentences as permissive, even though lawyers, judges and the public know they can be made suitably restrictive.

The availability of conditional sentences reduced provincial jail populations by 17,000 within a couple of years, Mr. Daubney said.

He pointed to a recent Statistics Canada finding that 93 per cent of those surveyed were not worried about crime. "It shows that the attempt to scare people has maybe not been as successful as the government would want," Mr. Daubney said.

"As long as I've been working in this area, polls have shown a really poor understanding of crime and punishment on the part of the general public," he added. "That's not necessarily to blame them. They watch the TV news every night, and if it bleeds, it leads. But in my experience, crime is rarely, if ever, a top 10 issue in general election campaigns."

Carole Saindon, a Justice Department spokesperson, said on Tuesday that Mr. Daubney "does not speak for the department." 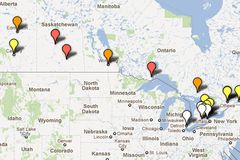 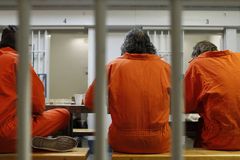 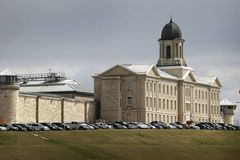 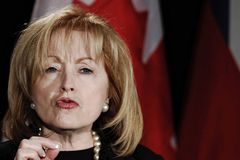 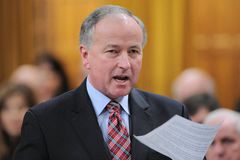 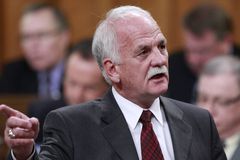 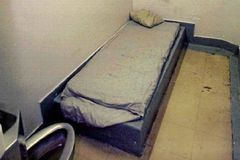