New statistics show the national crime rate is continuing its 20-year decline – reaching levels not seen since 1973 even as the federal Conservative government prepares legislation that would put more Canadians behind bars for longer periods of time.

It is a juxtaposition of politics and reality that has prompted critics to accuse the government of ignoring facts at taxpayers' expense as it pursues a criminal-justice agenda focused on punishment rather than prevention.

Statistics Canada released its annual survey of police-reported crime on Tuesday. It shows the overall volume of criminal incidents fell by 5 per cent between 2009 and 2010, and the relative severity of the crimes took a similar dive.

Homicides, attempted murders, serious assaults and robberies were all down last year from the year before. Young people were accused of committing fewer offences. Even property crime was reported less frequently with reductions in both break-ins and car thefts.

"These are police-reported statistics so they don't necessarily reflect all the type of crime that's taking place in society," said Steve Sullivan, executive director of Ottawa Victims Services and former federal ombudsman for victims of crime.

"However, if the government is telling taxpayers it is going to spend millions and billions of dollars on getting tough on crime, I think the government at least has to have some evidence that they are addressing a real problem. And neither these statistics nor the other surveys that we have would suggest that we are in some kind of crime wave."

Prime Minister Stephen Harper has promised to introduce an omnibus crime bill early in the fall that will incorporate a number of former justice bills that died when his minority government was defeated in March. It will include measures to put more young offenders in jail, end house arrest for a wide variety of offences, and impose mandatory minimum sentences for sexual offences against children and a range of drug crimes.

"Unlike the Opposition, we do not use statistics as an excuse not to get tough on criminals. As far as our Government is concerned, one victim of crime is still one too many," Justice Minister Rob Nicholson said in an e-mail Thursday evening.

"What critics often forget to tell Canadians is that there is a cost to crime whatever way you look at it," said the minister. "Canadians know that the safest place for dangerous criminals is behind bars."

If the legislation becomes law, the prison population is expected to increase substantially. The government is preparing for the influx by retrofitting and expanding its correctional facilities at a cost it has estimated at about $2.1-billion. Other projections have suggested the costs will be much higher.

The budget for the Correctional Service of Canada has already increased 86.7 per cent, from $1.597-billion annually since 2006 when the Conservatives took office, and is expected to climb to $3.147-billion by 2013-14.

Meanwhile, some critics say the government's crime bills will actually increase the number of crimes committed by people who have been hardened by the prison system.

"The government doesn't even try to pretend to present research anymore to suggest that their measures will actually reduce crime," said Mr. Sullivan. "If you just have longer sentences and you keep people there [in prison] until the end of their sentences, you actually increase the chances that they will reoffend. Even the Republicans in the U.S. now are saying we need to move away from that kind of approach."

Alan Young, a law professor at York University in Toronto, said Mr. Harper is an "anachronism" when it comes to criminal justice policy. "I believe this is coming from him and his caucus and they have a certain vision of what they would like to see in criminal justice," he said, "and it's a vision that ran its course 30 years ago. Been there, done it, tried it, failed."

The government, he said, is impervious to scholarship and research and is making public policy determinations based on gut reactions rather than empirical evidence.

Irvin Waller, a crime prevention expert at the University of Ottawa, said he questions the reliability of the Statistics Canada numbers, but there are proven methods for reducing crime and it is time to implement them.

The Alberta government, for instance, has abandoned ideological debate for an evidence-based and balanced crime reduction program, Dr. Waller said.

It is a program, he said, that pays for more policing and prisons where they are needed, expands solutions to mental illness in the community, and invests in partnerships that tackle the causes of youth crime and violence against women. 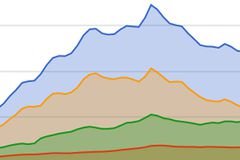 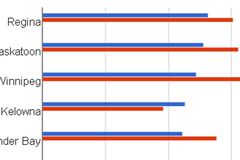 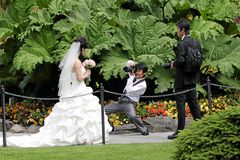 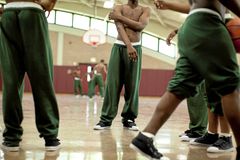 Sure, crime's on the decline. That doesn't mean we shouldn't fight it
February 25, 2011
Opinion
Jeffrey Simpson: a serious talk about crime
February 22, 2011
Opinion
Tories judge evidence of falling rates inadmissible
July 23, 2011
Follow Gloria Galloway on Twitter @glorgal
Report an error Editorial code of conduct
Due to technical reasons, we have temporarily removed commenting from our articles. We hope to have this fixed soon. Thank you for your patience. If you are looking to give feedback on our new site, please send it along to feedback@globeandmail.com. If you want to write a letter to the editor, please forward to letters@globeandmail.com.
Comments