Saying that Ottawa is moving "by stealth," opposition parties and critics are launching a new wave of attacks against the Harper government's $16-billion purchase of new fighter jets.

The goal is to force the government to provide a clearer rationale for choosing Lockheed-Martin F-35s stealth fighters, and to explain why the purchase has to be done without going to tenders.

A new report from analyst Kenneth Epps of Project Ploughshares said the Harper government has yet to state exactly which types of missions the F-35s would handle, and why other types of aircraft couldn't do the same things.

Project Ploughshares, an organization that promotes peace and is affiliated with the Canadian Council of Churches, said the government has not yet engaged in any debate on the purchase, which was announced at a news conference last month. The price of the aircraft was put at $9-billion, while maintenance over 20 years will cost about $7-billion.

"Based on what is currently known, it can be said that the case for a Canadian F-35 order has not been made," Mr. Epps said in the report, which has been circulated to parliamentarians. "The aircraft is neither uniquely suited nor suited at all to important security tasks that Canada now fulfills and can reasonably be expected to fulfill in the future."

The F-35s are the product of the Joint Strike Fighter program launched in the 1990s by the United States, Canada and eight other nations; the Liberal government of the day didn't commit to buying the planes. Canada's CF-18 fighters are due to be retired between 2017 and 2020.

Opposition parties want to grill the government on the controversial file. The defence committee of the House meets on Wednesday to decide on a list of witnesses for a study of the purchase. Potential witnesses include Defence Minister Peter MacKay, the former top bureaucrat in charge of military procurement, Alan Williams, who has criticized the sole-sourced purchase, and officials from F-35 manufacturer Lockheed-Martin and rivals manufacturer Boeing Corp.

In an interview, Liberal MP Ujjal Dosanjh said he hopes the parliamentary committee will help Canadians understand whether buying the F-35s is the right thing to do, and whether the process should be competitive.

"I don't believe that the government has gone through due process," Mr. Dosanjh said.

In its report, Project Ploughshares questioned the government's assertions that it must buy a fleet of F-35s because allies that are partners in the development of the aircraft will also have them.

"As the first state to commit to the F-35 program, Canada is given no guarantee of future fighter aircraft commonality with other program partners," the report said.

The report questioned the growing costs to develop the Joint Strike Fighter, adding that it would not meet all of the needs of the Canadian military.

"Like the CF-18 fighter aircraft currently used by the Canadian Air Force, the F-35 would not be useful for a 'close air support' role in counter-insurgency operations such as those in Afghanistan, or for protecting Canadian ground troops in future peacekeeping or other peace operations," the report said.

"In purely tactical terms, Canada's 65 F-35 aircraft are unlikely to provide a needed additional capacity for U.S. forces if they can draw on the 2,500 F-35 aircraft the U.S. plans to order for its own arsenal."

"Like the aircraft itself, this is a decision that has been made by stealth," he said in an interview.

Russia's Arctic policy no cause for alarm, MacKay told
August 25, 2010 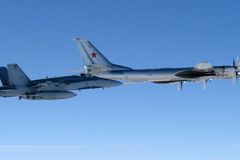 Opinion
Tories and Grits are as one on defence policy
August 4, 2010 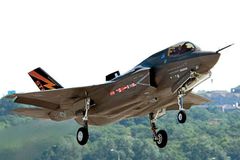 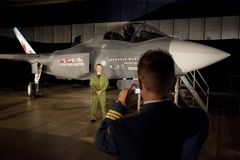 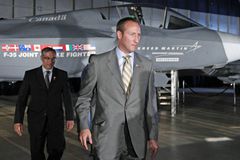 Canadians support the troops - but not pricey procurement
July 16, 2010 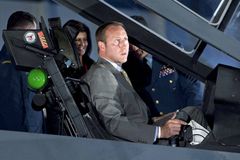