Opposition parties and human-rights groups are calling on the Trudeau government to suspend arms exports to Saudi Arabia as federal officials probe the apparent use of Canadian-made armoured vehicles against Saudi civilians.

As The Globe and Mail reported last week, the Saudis appear to have deployed combat machines made by Terradyne Armored Vehicles, based in Newmarket, Ont., in an escalating and deadly conflict with Shia Muslim militants in the Mideast country's Eastern Province. Military-equipment experts identify the vehicles, which feature armour cladding and weapons turrets, as Gurkha RPVs.

After The Globe's report on Friday, Foreign Affairs Minister Chrystia Freeland said she was "deeply concerned" and ordered an investigation into Saudi Arabia's conduct. "If it is found that Canadian exports have been used to commit serious violations of human rights, the minister will take action," her department announced.

This is the first time that videos and photos have surfaced allegedly showing the Saudis wielding Canadian-made defence equipment against their own people. The House of Saud's apparent use of combat machines against its Shia population in eastern Saudi Arabia goes to the very heart of the controversy over whether the Trudeau government is violating Canada's weapons export-control rules. These rules call for restrictions on arms exports to countries that have "poor human-rights records" and a "record of serious violations of the human rights of their citizens." Shipments are supposed to be blocked if there is a chance the buyer could turn the arms against its own population.

On Monday, the federal New Democrats sent a letter to Ms. Freeland urging the Liberals to freeze the approval of any arms exports or sales to Saudi Arabia in the meantime.

She cited former foreign affairs minister Stéphane Dion's pledge in the Commons when he was taking criticism for approving the export of another model of combat vehicles: the weaponized machines made by General Dynamics in London, Ont. Mr. Dion at the time said he would "reverse my decision" if such equipment was used to commit human-rights abuses.

The NDP would like to see Ottawa do that now. "Based on this clear commitment, the Liberal government has an indisputable responsibility, beyond conducting a thorough review that fully respects our domestic and international commitments, to immediately reverse the decision to permit the exportation of these military goods," Ms. Laverdière wrote.

She urged Mr. Trudeau to ready a contingency plan to compensate Canadian workers at armoured-vehicle manufacturing plants in Canada if a suspension or export ban affects their jobs.

Conservative foreign affairs critic Peter Kent has already called on the Liberals to terminate export permits if there is "hard evidence" that the Canadian weaponized armoured vehicles are being used against Saudi Arabia's Shia minority.

"The government should respond to tangible evidence," Mr. Kent told The Globe last Friday. "If there is evidence, we expect the government to act and to suspend and to terminate those contracts."

While Canadian political debate over the past 18 months has focused on a landmark $15-billion deal to supply Riyadh with General Dynamics' light-armoured vehicles, other Canadian armoured-vehicle makers such as Terradyne have been making separate defence sales to the Saudis.

(Armoured vehicles, which normally are equipped with machine guns or cannons, are "force multipliers" on a battlefield, meaning they significantly increase the military capability of armed groups.)

Green Party Leader Elizabeth May, who said she thinks few Canadians realize how big an arms exporter Canada has become, echoed the call to hit pause on arms sales to Saudi Arabia. "Suspend any sales while we investigate."

Cesar Jaramillo, executive director of Project Ploughshares, a disarmament group that is an agency of the Canadian Council of Churches and tracks arms shipments, said human-rights activists will be pressing Ottawa to conduct its review of the Eastern Province conflict with diligence.

"Should abuses with Canadian-made military equipment be confirmed, suspension should lead to cancellation," he said. "Mere rhetorical expressions of disapproval, with military exports to [Saudi Arabia] ultimately unchanged, will not suffice."

Shia Muslims are a tiny minority in the kingdom and have long chafed at what they consider their second-class status in oil-rich Saudi Arabia; the enclave of al-Qatif has been a persistent hotbed of opposition to the House of Saud.

York University doctoral student Anthony Fenton, who is researching Canada's relations with Persian Gulf Arab states, and was the first to spot Terradyne vehicles in Eastern Province, expects the Saudis will frame the siege of al-Awamiya, a village in the al-Qatif region, as a necessary "anti-terror" operation. At least five people were killed in eastern Saudi Arabia in two days last week, activists say. And a Saudi police officer was killed and six others wounded when a patrol came under attack in al-Awamiya Sunday morning, the country's Interior Ministry said.

"Given that Saudi Arabia typically doesn't take kindly to criticism of their military operations, either internal or external, we are about to see just how seriously, and how far, Canada will take Saudi Arabia to task for their use of Canadian arms in this troubling context," Mr. Fenton said.

The Saudi embassy in Ottawa did not immediately return calls seeking comment.

With a report from Reuters News Agency 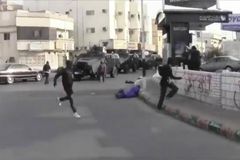 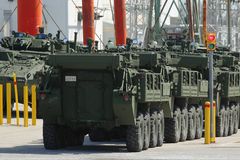