Canada's telecom regulator paid a visit this week to the Edmonton offices of RackNine Inc., a voice-broadcasting company used by the Conservative Party to deploy a robo-call poll opposing changes to Saskatchewan riding boundaries.

Telecommunications enforcement staff for the CRTC collected data from RackNine Monday and Tuesday as part of a follow-up to a complaint by Saskatchewan Liberal MP Ralph Goodale about the robo-calls.

It was a fact-finding visit and CRTC staff were not accompanied by police.

Denis Carmel, a spokesman for Canadian Radio-television and Telecommunications Commission, declined to offer comment Thursday on the matter.

Mr. Goodale argues the robo-calls, sent Jan. 31 and Feb. 1 to thousands of Saskatchewan residents, breached telemarketing rules because they failed to identify the client on whose behalf they were made.

The Conservatives only admitted they were behind the calls on Feb. 5. The robo-call message, which was created and sent by the Tories, cited Chase Research, an affiliate of RackNine, as the source of the calls.

Last year Elections Canada identified RackNine as the firm unwittingly used by a fraudster known only as "Pierre Poutine" to make misleading robo-calls to Guelph voters during the 2011 federal election.

Stephen Harper's Conservative Party is fighting changes to federal ridings in Saskatchewan after an independent commission recommended new boundaries that should make it easier for Tom Mulcair's NDP to regain a foothold there.

They oppose changes proposed by the Saskatchewan boundary commission to create five entirely urban ridings in the province – two in Regina and three in Saskatoon.

Today, federal ridings in Regina and Saskatoon are pie-shaped combinations of urban and rural electors that each include a piece of the city and then run deep into the adjoining countryside.

The Conservatives, who have proven adept at winning rural support, have managed over the years to capture all but one of those seats.

Other parties, including the NDP, are also challenging proposed riding boundary changes in some provinces.

But the Conservatives went one step further late last month, paying for automated phone calls that criticize the Federal Electoral Boundaries Commission's work and appear to be designed to drum up opposition to the changes in Saskatchewan.

The script of the robo-call message, which was obtained by The Globe and Mail, confirmed reports that it was a "push poll," a negative marketing campaign disguised as polling research.

"The Saskatchewan boundary commission has decided to ignore our important traditions and history," the automated message warned Saskatchewan listeners.

The NDP has accused the Conservatives of trying to put pressure on the boundaries commission. The New Democrats won about a third of the popular vote in Saskatchewan during the 2011 ballot but failed to win a seat.

Saskatchewan is the birthplace of the political movement that went on to become the NDP, but the party lost its remaining two seats there in the 2004 federal election.

The Conservatives, who now control 13 of the province's 14 federal seats, have gone to great lengths to keep their Saskatchewan stronghold intact.

The Harper government rejected a 2010 foreign takeover of Saskatchewan's iconic Potash Corp. after a public backlash that had MPs worried they'd lose close to half their seats if they approved the deal.

The Prime Minister insisted on Wednesday the Tory push poll broke no rules and he described opposition to the riding changes as "overwhelming" in the Prairie province. "We are simply operating within the process," he said.

Mr. Harper said the Tories will leave the final decision to the boundaries commission – although Conservative MPs are going to ask a Parliamentary committee to trigger a reconsideration of the Saskatchewan commission's recommendations.

The Conservatives argue they're trying to preserve a system that balances urban and rural interests and note the NDP had previously managed to win seats under existing boundaries. 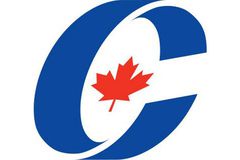 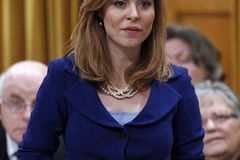 Fate of six Conservative MPs at heart of robocalls saga now in hands of judge
December 17, 2012 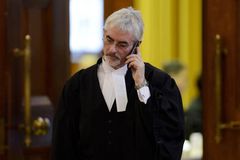 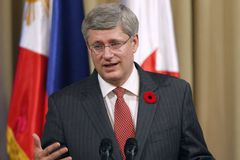