The head of Canada's spy service has travelled to Saudi Arabia to talk about terrorism with the Saudi King and his top advisors.

It's extremely rare for any CSIS official to be photographed meeting a foreign counterpart - much less a head of state.

Yet bilateral exchanges occur routinely. CSIS has a proliferating number of information-sharing agreements with security agencies in foreign countries; the tally now approaches nearly 300 agreements between CSIS and counterparts abroad.

Mr. Fadden was received at the Jeddah Palace of King Abdullah according to a Saudi statement. "During the audience, the Canadian official conveyed to the Custodian of the Two Holy Mosques the greetings of Stephen Harper, Prime Minister of Canada," the statement said.

Mr. Fadden also met the Saudi intelligence chief and the assistant Interior Minister for security affairs, as well as other members of the royal family.

CSIS won't speak to any details. "The CSIS Director's visit to Saudi Arabia is simply part of the ongoing dialogue between CSIS and international governments and agencies on security issues of mutual interest," said Isabelle Scott, a spokeswoman.

"For security, privacy and confidentiality reasons," she said, "CSIS does not divulge details of information exchanges with foreign counterparts."

John Brennan, the assistant to the U.S. President Barack Obama for homeland security and counter-terrorism, also visited the King and Saudi security officials over the weekend.

Mr. Brennan praised "successes achieved in the reduction of terrorist attacks in the Kingdom" and the "co-operation between the Saudi and U.S. security bodies," the Saudis said in a statement.

The Obama adviser ventured onward to Yemen, a much more impoverished and barren country in the Arabian peninsula. A coterie of al-Qaeda-inspired radicals bent on attacking the United States have found a haven there.

Information exchanges between CSIS and repressive states have caused the spy agency's practices to be closely reviewed by a litany of Canadian judges of late.

The recurring concern is whether CSIS, in its never-ending quest for information about terrorists, could be encouraging the torture of any prisoners held overseas. The spy agency upholds that it conforms to Canadian values whenever it swaps intelligence.

In Saudi Arabia, officials are known to execute, maim and torture prisoners, and its elite have long been accused of exporting a puritanical brand of Islam that can lead to violent jihadist ideals.

Yet the oil-exporting nation is also friendly to the West, partly because the Saudi royal family has its own interest in quelling local al-Qaeda-inspired groups.

Canadian and Saudi security interests have aligned in the past. A Canadian citizen was killed in a shootout with Saudi authorities in 2003 after the kingdom had placed a bounty on his head. Abdul-Rahman Jabarah, a 23-year-old who had grown up in St. Catharines, Ont., had been suspected of being part of an al-Qaeda cell that had executed a series of bombings in Saudi Arabia.

Mr. Fadden, a career bureaucrat who was appointed head of the spy service one year ago, has spoken of an urgent need for Canada to forge and maintain information-sharing relationships, even with highly repressive states.

"… In some countries the intelligence agencies are more influential than their foreign ministries, and therefore vital in a crisis," Mr. Fadden upheld. 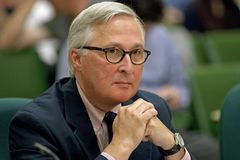 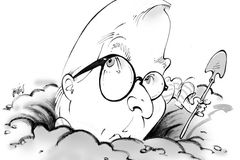 Majority of Canadians want spy chief to name names
July 8, 2010
Follow Colin Freeze on Twitter @colinfreeze
Report an error Editorial code of conduct
Due to technical reasons, we have temporarily removed commenting from our articles. We hope to have this fixed soon. Thank you for your patience. If you are looking to give feedback on our new site, please send it along to feedback@globeandmail.com. If you want to write a letter to the editor, please forward to letters@globeandmail.com.
Comments