Quebec shipbuilder Chantier Davie Canada Inc. suspected Treasury Board President Scott Brison of doing the bidding of its Halifax rival when the Liberal cabinet hit pause on giving final approval to a $667-million contract to provide the navy with an interim supply vessel, according to RCMP affidavits.

The RCMP affidavits unsealed by an Ottawa judge on Wednesday reveal how Davie shipyard and its lobbyists reacted in November, 2015, after they obtained confidential cabinet information that indicated Ottawa might renege on the contract awarded by the Harper government.

The documents include e-mails from Davie executives and various lobbyists as they discussed launching a public relations campaign to accuse Mr. Brison of siding with Halifax-based Irving Shipbuilding.

Soon after winning power, the Trudeau Liberals put the supply ship project on hold when they received a letter of complaint from Irving Shipbuilding, which had a multibillion-dollar contract to build the navy's new fleet of warships.

Chief executive officer James Irving wrote that his firm had offered a lower-cost option and the Harper government should not have pursued the sole-source contract with Davie to refit a cargo ship to serve as a naval supply vessel.

Another shipbuilding firm, Vancouver-based Seaspan, sent its own letter asking for an open competition and saying it could convert a civilian cargo ship at a significantly lower cost.

The RCMP allege Vice-Admiral Mark Norman broke the Criminal Code by passing cabinet secrets to Davie to help to pressure the Trudeau cabinet not to renege on the contract. The e-mails released on Wednesday were among the documents in the affidavits, which are part of the RCMP's investigation into the leaks.

After he learned of the cabinet decision, Davie executive Alex Vicefield said in one of the e-mails that he found it "very suspicious" that Mr. Brison had "injected himself onto the procurement committee."

"It sounds highly odd that he wants another 'independent review,'" Mr. Vicefield wrote to company executives and lobbyists. "Sounds like a delaying tactic. If it does transpire to be that, I will do a full page plea in The Globe and Mail to Scott Brison asking that this Nova Scotia minister put his regional bias aside for matters of national security ... then I will lay off 400 guys next week."

One of Davie's lobbyists, Nicolas Ruszkowski, warned that accusing Mr. Brison of working in the interests of Irving Shipbuilding would have negative consequences.

"If Brison caught wind – ever – that any of Davies [government and public relations] firms was managing Davie's concerns through the media, all the while alleging he is essentially doing Irving's bidding, we would have hell to pay," Mr. Ruszkowski wrote in an e-mail to Mr. Schmidt. "More to the point, knowing Scott Brison personally, as I do, I can tell you that suggestion is not accurate."

Mr. Ruszkowski said he believed Mr. Brison wanted a review of the contract because he was being "abundantly cautious and gaining more familiarity with the issue."

A spokesman for the Treasury Board President declined to comment on the allegations in the court documents. Mr. Brison had told the RCMP the leaks prevented cabinet from doing its job to properly analyze the Davie project as political pressure mounted in Quebec City for Ottawa to keep the contract in place.

The e-mail discussions took place after CBC reporter James Cudmore was provided with inside information that cabinet had delayed approval of the Davie deal for 60 days. Mr. Cudmore is now a senior adviser to Defence Minister Harjit Sajjan.

Mr. Cudmore's story reported in detail on a cabinet decision to delay the approval and raised concerns that the supply ship plan could be "scuttled and the navy left unable to properly defend Canada or deploy its forces abroad."

Mr. Cudmore also reported that Mr. Irving had "meddled in the decision by sending letters to several cabinet ministers about the deal" and warned Ottawa would have to pay $89-million to Davie if the finalized contract was not signed by Nov. 30.

Irving Shipbuilding on Wednesday said all the company ever did was urge the Trudeau government to reconsider the Davie contract because it believed Irving had a superior proposal.

"We wrote a letter to the newly formed government outlining our concerns that Davie's proposed Interim [supply ship] solution did not represent value to Canadians and should be reviewed. Davie's proposed solution was significantly more expensive and required a year longer to deliver the critical refuelling capability to the Navy than Irving Shipbuilding's proposal," the company said in a statement to The Globe.

The CBC report led to the RCMP investigation into the leak, which included raids on offices of Davie and affiliate companies as well as lobbying firms that worked for the shipyard. In the course of the investigation, the RCMP obtained search warrants for Vice-Adm. Norman's home and mobile devices.

The RCMP alleges that Vice-Adm. Norman – who was Canada's second-highest military commander – devised a scheme to manipulate the media to press Ottawa to rule in favour of Davie and to discredit critics of the project.

E-mails seized by the RCMP allege that Vice-Adm. Norman passed on secrets about cabinet discussions to Spencer Fraser, CEO of Federal Fleet Service and Project Resolve Inc., the consortium that signed the letter of intent for the supply ship refit. 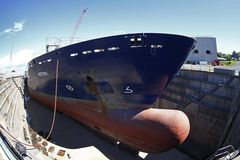 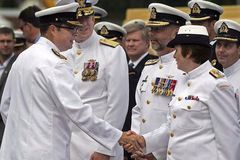 Opinion
Quebec’s Davie shipyard: the boondoggle that keeps taking
Subscriber content
May 26, 2017
Follow Robert Fife and Steven Chase on Twitter @RobertFife @stevenchase
Report an error Editorial code of conduct
Due to technical reasons, we have temporarily removed commenting from our articles. We hope to have this fixed soon. Thank you for your patience. If you are looking to give feedback on our new site, please send it along to feedback@globeandmail.com. If you want to write a letter to the editor, please forward to letters@globeandmail.com.
Comments