Gilles Duceppe needed a strong French-language debate to lift his campaign out of the doldrums and he may have succeeded in doing just that.

In his fight to win back seats taken by the Conservatives in the last two elections in Quebec, the Bloc Québécois leader needed to corner Stephen Harper during the debate. Being the only leader to fully master the French language, Mr. Duceppe needed to firmly make his case that commitments delivered by Mr. Harper to Quebec in the past have failed to meet voter expectations.

The confrontation between the two leaders that best illustrated Mr. Duceppe's strategy was when Mr. Harper attempted to show that, under his government, Quebec could stand proud to be represented at the United Nations Educational, Scientific and Cultural Organization.

Not so, said Mr. Duceppe, who insisted that Quebec was never given an independent voice at UNESCO but instead was required to be part of the Canadian delegation.

"Quebec is standing because it doesn't have a seat at UNESCO," Mr. Duceppe shot back. Look under the letter "Q" at the UNESCO table, he insisted, and you can see that Quebec isn't represented.

Promising to give Quebec a seat at UNESCO, along with recognizing Quebec as a nation and settling the so-called fiscal imbalance with the provinces, were the commitments Mr. Harper made in 2006 that allowed his party to make major inroads in the province.

Mr. Duceppe argued that the promises were either only partly fulfilled or largely symbolic, which allowed the Bloc to further its case as the only party capable of defending Quebec's interests.

The jury is still out whether Mr. Duceppe's debate performance was strong enough to incite Quebeckers to go out and vote on May 2nd. Voter turnout was only 57 per cent in 2008, one of the lowest for the province in a federal election. The Bloc desperately needs to revive interest among nationalist voters if it hopes to make the gains it needs to stop Mr. Harper from winning a majority government.

More importantly the Bloc needs to generate interest in the Quebec City region, where it is meeting stiff resistance from a Conservative campaign that appears to be counting on voter apathy, as it did in 2008, to hold on to its seats.

Of the 11 seats that Conservatives have in the province, eight are located in the greater Quebec City area and surrounding region. This week local Bloc Québécois candidates launched the first in a series of concerted and well-staged attacks against Mr. Harper.

The Conservatives responded by parading their latest recruit, Denise Verreault, a former federal Liberal supporter, owner of the Groupe Maritime Verreault shipyard just east of Quebec City and who publicly announced she was backing Mr. Harper.

Ms. Verreault's shipyard may be in the running for a portion of the massive $35-billion ship-building contracts announced recently by the Harper government. Her decision to support the Conservatives sent a clear message to voters in the region that when it comes to jobs and investments the Conservatives still carry a great deal more weight than Mr. Duceppe's promise to defend their interests. And that message alone may be enough for the Conservatives to hold-on to the seats they have in Quebec to help them in their quest for a majority government.

Analysis
Much sound and fury between leaders with no shot at governing
April 13, 2011 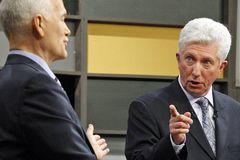 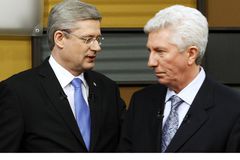 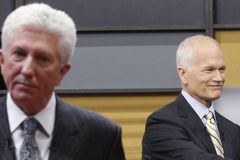 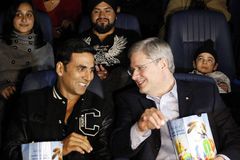 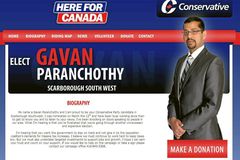