The federal deficit is on track for elimination by 2045 rather than 2055 thanks to this year's stronger-than-expected economic growth, according to new federal projections.

Finance Canada also says it wouldn't take much for the deficit to be erased as soon as 2023.

The department released its annual 40-year projection of federal spending and revenue trends on the Friday afternoon before Christmas, repeating a practice that critics say is an attempt to bury evidence that the Liberals will not deliver on a campaign promise to return to balanced books by 2019.

The document is meant to provide a general guide of how government finances are prepared to weather future developments such as demographic shifts due to an aging population. Over all, the figures show that the federal debt is on track to shrink over time as a share of the economy, even though there will be decades of deficits.

The projections are highly sensitive to recent economic data. For instance, the 2014 report released under the Conservative government showed decades of future surpluses. The Liberals did not release a report in 2015. The 2016 report showed a dramatic change, largely due to the economic impact of lower oil prices and the Liberal government's decision to run deficits.

The report provides a baseline estimate of federal finances absent of any future policy changes to spending or taxation.

The Liberal Party campaigned on a pledge to run short-term deficits in order to stimulate the economy and return to balance before the 2019 federal election. A recently launched federal website that tracks government progress describes the balanced-budget goal as "under way with challenges." The figures in Friday's report suggest the 2019 target is not likely to be met.

Conservative finance critic Pierre Poilievre said the looming demographic pressures and the potential for higher interest rates – which would increase the cost of servicing the debt – should be a reason to run surpluses now to prepare, rather than continued deficits.

"This is the Liberal Christmas gift to Canadians: a quarter-century of deficits," he said, noting it is a "spectacular" example of a broken campaign promise. "If they thought it was good news, they certainly wouldn't be slipping it out on a snowy Friday afternoon a couple of days before Christmas."

Finance Canada's assumptions are based on an average forecast from private-sector economists. Based on the latest average, the deficit would be erased by 2045, rather than 2055, as had been projected a year before.

But the report notes that if projections were based on the four most optimistic forecasts for GDP and inflation, the budget would return to surplus in 2023-24 and remain balanced. However, relying on the four most pessimistic projections would see the deficit climb until 2035-36, before declining.

While annual deficit figures receive significant attention in political debates, economists tend to give more importance to the debt-to-GDP ratio when assessing a government's fiscal health. By that measure, the independent Parliamentary Budget Officer has said that federal finances are sustainable over the long term.

Randall Bartlett, chief economist with the University of Ottawa's Institute of Fiscal Studies and Democracy, said Friday's report is based on reasonable assumptions and shows that federal finances are sustainable over the long term.

However, he questioned why the Liberal government chose to release the figures in late December, rather than as part of the fall fiscal update, as was the case under the previous government.

"The only reason that a government would release it on the Friday afternoon before Christmas is so that nobody sees it, and that's what happened last year," he said. "This is not a terrible story for them. They are not going to get to balance for another, roughly speaking, three decades, but it's a significant improvement over where they were before."

The Finance Canada report states that the improvement over last year's projections shows that the government should continue with its current policy approach. "While no single initiative can guarantee sustainable growth in our prosperity, the potential payoff from acting now in a broad range of policy areas is very large," the report states.

Over the first seven months of the fiscal year that began April 1, the federal deficit stood at $6.3-billion. That compares to a $9.3-billion deficit during the same April-to-October period one year earlier.

The monthly tracking trends suggest the federal government is on pace to record a smaller deficit than projected in the fall economic update. The Oct. 24 update projected a $19.9-billion deficit for the current 2017-18 fiscal year. 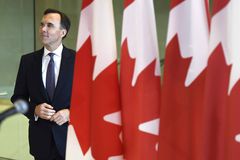 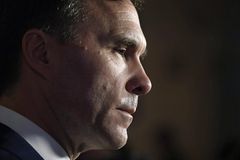 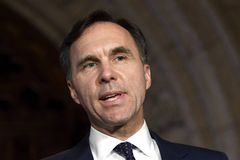