Rejecting a last-minute appeal from Barack Obama, many Democrats voted Friday to derail the "fast-track" authority sought by the President to hammer out a sweeping transpacific trade deal with Canada and 10 Asian nations.

Although the 302-106 vote in the House of Representatives was on a measure to aid workers who may lose their jobs as a result of any Trans-Pacific Partnership (TPP) pact, it had the effect of stalling the entire bill, including fast-track authority.

Efforts to cobble together a compromise and arrange for another vote, perhaps as early as next week, were under way but the dramatic repudiation of Mr. Obama by many members of his own party damaged an already lame-duck President.

Even Democratic Leader Nancy Pelosi, who has long loyally backed Mr. Obama and stickhandled his controversial health-care plan through Congress during his first term, deserted him Friday.

"Slow down the fast track to get a better deal for the American people," Ms. Pelosi said, moments before she joined 143 other Democrats in opposing the measure that effectively derailed the entire fast-track package.

The rebuff came after Mr. Obama took a rare ride down Pennsylvania Avenue to the Capitol in a last-minute effort to win Democratic votes.

While Republicans overwhelmingly back free trade and providing the President with fast-track authority to negotiate deals, many Democrats regard freer trade as responsible for the loss of millions of American jobs, especially high-paying, blue-collar jobs in manufacturing.

Behind closed doors, the President, whose frosty relations with Congress are usually directed at Republicans, alternately begged and threatened Democrats opposed to more free trade.

"I don't want a fast track. Matter of fact, the jobs and economic development have left the communities I represent fast enough," said Representative Danny Davis, an Illinois Democrat.

Representative Lloyd Doggett from Texas, a pro-trade-pact Democrat gave the President clear warning that more needs to be done before he can get the support he needs for fast-track authority. "Today sent a strong message to the Fast Trackers, 'Not so fast!' " Rep. Doggett said. "More work remains for those of us who believe trade should not be a race to the bottom for workers, the environment and taxpayers."

Mr. Obama's unsuccessful foray to Congress on Friday morning came on the heels of an appearance Thursday evening when he unexpectedly appeared at the annual Congressional baseball game to pitch fast-track authority during an uncharacteristic bit of bipartisan socializing with both Democrats and Republicans.

Trade unions and environmentalists were among those cheering the rejection of fast-track authority.

May Boeve, the executive director of 350.org, one of the groups also leading opposition to the Keystone XL pipeline, said the "votes to stall fast-track and TPP are a major win for anyone who cares about climate change."

Fast-track gives the President the authority to negotiate the trade deal while Congress only retains a Yes or No vote on the finished pact.

Previous presidents have had fast-track authority during trade negotiations, including the still-controversial North American free-trade agreement.

The Senate passed fast-track authority with broad bipartisan support three weeks ago but with the measure now stalled in the House of Representatives, further compromises will be needed.

Fast-track authority is regarded by many experts as crucial to unlocking the stalled Trans-Pacific Partnership trade talks.

Passage of fast-track was expected to pave the way for resolving those differences, leading to a meeting of TPP trade ministers in mid-July and, perhaps, a final agreement.

Canada claims it wants to be part of the sweeping TPP trade deal, which would create a free-trade zone among countries with a combined economic output of $28-trillion (U.S.). The deal would boost Canadian exports of business services and various agricultural commodities.

But the Conservative government has been coy about what concessions it's willing to make on Canada's heavily protected dairy and poultry industries. Canada is facing intense pressure from the U.S., Australia and New Zealand to cut trade barriers to milk, cheese and chicken.

Canada currently protects these tightly regulated sectors with prohibitive tariffs of 200 to 300 per cent, while allowing limited quantities of duty-free imports. Ottawa is set to give countries in Europe additional duty-free access in the European free-trade deal. TPP countries would likely demand more of the same – a concession that would outrage Canada's politically powerful dairy and chicken farmers. 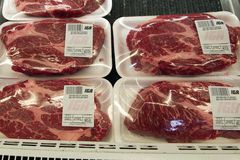 Pitchfork politics: The latest front in the supply-management war
May 15, 2018 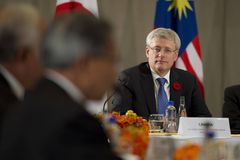 Opinion
Here’s Canada’s way forward on supply management
May 15, 2018
Opinion
Where is Canada’s national debate over trade dispute panels?
May 15, 2018

Follow Barrie McKenna and Paul Koring on Twitter @barriemckenna @PaulKoring
Report an error Editorial code of conduct
Due to technical reasons, we have temporarily removed commenting from our articles. We hope to have this fixed soon. Thank you for your patience. If you are looking to give feedback on our new site, please send it along to feedback@globeandmail.com. If you want to write a letter to the editor, please forward to letters@globeandmail.com.
Comments