Hit by new revelations of spending abuses, the Senate's leaders said they have already reined in the expenses of their colleagues, but stopped short of creating an oversight body as recommended by the Auditor-General.

In the report released on Tuesday, Auditor-General Michael Ferguson revealed a series of cases of senators abusing the public purse, either by wasting taxpayers' money or getting the public to pick up their personal expenses. In particular, Canadians paid a number of senators to go on fishing trips, play golf, attend hockey games, go on holidays, own two homes or get a staffer to bring a personal car back home to Halifax from Ottawa.

The Speaker of the Senate, Leo Housakos, responded to the revelations of waste by stating the institution has already undergone massive improvements since the 2011-13 time frame that was examined by the Auditor-General. The Conservative senator agreed with the need for increased disclosure in the Senate, while remaining vague on the shape of future oversight of the expense system.

Of the 30 senators whose expenses were red-flagged by the Auditor-General, all but four have refused to pay back the full amounts to taxpayers, with many now heading to arbitration to fight the findings of misspending. Mr. Housakos played down the majority of the disputed expenses as "administrative issues" and "honest disagreements" between senators and auditors.

Mr. Ferguson said the Senate's committee on internal economy should refer nine cases to the RCMP. Deciding which senators' expenses should be the subject of a police investigation was a question of judgment, Mr. Ferguson said. In the end, the group included senators who had residency problems, those who provided information that was contradictory, and two cases where there was a lack of co-operation and it was not possible to obtain all of the supporting documents.

Mr. Ferguson said many expenses broke the Senate's rules and should have never been approved. As a result, he said senators should no longer police their own expense budgets, calling for a new "oversight body" to approve the travel and living expenses of the legislators.

Mr. Ferguson said the Senate's new arbitration mechanism, overseen by former Supreme Court judge Ian Binnie, is a step in the right direction but does not satisfy his recommendation for an independent body.

"What we recommended went further than what I have seen so far about the arbitration process," he told reporters.

Mr. Ferguson said his audit cost $23.5-million to identify about $1-million in improper spending. But, he said, it has already caused senators to change their behaviour and there will be much tighter control over Senate spending in the future. With Mike Duffy currently on trial over his Senate expenses and three other senators under a cloud of suspicion, Mr. Ferguson said, "the public wanted to know what was the case with all of the senators. So if we hadn't done this audit, I think people would be asking for such an audit."

The recommendation for a new oversight body would require legislative changes, which won't come before the next election. Mr. Housakos and the Opposition Leader in the Senate, James Cowan, both said further consultations with senators are needed to determine the exact nature of the new oversight mechanism.

Still, the Government Leader in the Senate, Claude Carignan, said the institution needs a culture change.

"We are fully in agreement with the Auditor-General's report and his recommendations," he said.

Mr. Carignan said the two sitting senators whose cases have been referred to the RCMP – Pierre-Hugues Boisvenu and Colin Kenny – will be investigated by the Senate's ethics commissioner, who will recommend whether they should face any sanctions. He said the senators who have yet to reimburse their expenses should either go to arbitration, or see their wages garnisheed (if they are still sitting) or face a lawsuit (if they are retired).

The audit commended many senators for their handling of their expenses, but a sense still emerged from the line-by-line review that "senators often did not prioritize consideration of the cost to taxpayers."

The report found the Senate could have saved $400,000 simply by cutting back on per diems, roaming fees for cellular phones and holiday greeting cards. Further savings could be achieved if senators were not allowed to fly business class between Ottawa and Toronto, for example, or forced to consume meals at public events.

At least one senator told auditors, "It was not possible to get a reasonable meal on an airplane in Canada."

"Senators should collectively determine a core set of principles that weigh the cost to taxpayers against the expenditures necessary to conduct parliamentary business," the report said.

Over all, the Auditor-General examined 80,000 expense claims from 116 senators between 2011 and 2013, and determined that the approval system in the Red Chamber was broken.

"We found the oversight, accountability, and transparency of senators' expenses was quite simply not adequate," the report's opening sentence said.

The audit called for "transformational change," namely the creation of a new independent body to scrutinize the expenditures of the senators.

In their responses to the Auditor-General's findings about their spending, a majority of senators defended their actions and denied any wrongdoing, or simply blamed administrative errors for the claims.

"What struck me was not just the fact that that senators were not making the information available, but it was more a matter of the extent to which that seemed to be really a strongly held belief, a strongly held part of the culture, at least originally in the audit, that the senators did not have to be transparent and accountable with their spending," he said. "And that's what needs to change." 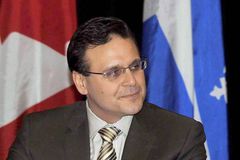 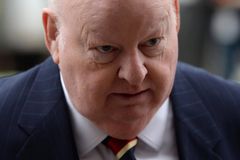 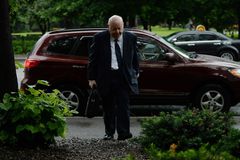