The brother of Toronto's controversial former mayor is considering a run to take over from Stephen Harper, should the Prime Minister falter in Canada's election.

If Mr. Harper were to step down as head of the Conservative Party after the Oct. 19 vote, Doug Ford would probably seek the leadership, according to his brother Rob Ford – who as mayor admitted to smoking crack cocaine.

"Doug said if it's a minority government, Harper's going to step down. He wants to run for leadership," Rob Ford, 46, said in an interview Thursday. "If it's one member, one vote, he said, you know, he's as popular as anyone else across Canada."

Reached Friday, Doug Ford – 50, himself a former mayoral candidate and city councillor – said he fully supports Mr. Harper but wouldn't rule out joining a race to replace him.

"I don't think I'll have to because hopefully he'll be prime minister for the next 20 years," the elder Ford brother said. "I never say never in politics. But as of right now, I am supporting the Prime Minister 100 per cent. I'm going to be out there – and have been out there – door-knocking and helping out every which way I can."

Mr. Harper held an event this week in the Toronto district of Etobicoke, the heart of the Ford family's political base where the Conservatives made a breakthrough in the last election.

With two months to go before the Oct. 19 vote, polls show the Conservatives trailing Thomas Mulcair's left-leaning New Democratic Party, with Justin Trudeau's centrist Liberals close behind. Current levels of support suggest none of the three parties are on pace to win a majority of seats in the House of Commons.

Doug Ford said "people will come to their senses" and ultimately vote again for Mr. Harper.

"You can't even put the other two candidates on the same stage as the Prime Minister," the elder Ford brother said. "I watched the debate the other night and it looked like Trudeau was debating in a high school debate. Mulcair was a little better but God help us if the socialists get in."

For his part, Rob Ford predicts Mr. Harper will win but that it will be a minority government with the Liberals in second.

"I hate to say this, I think we might have a minority government," the former mayor said, adding he met Mr. Trudeau at a funeral earlier this year. "He's a nice guy – a big guy. I didn't realize how big he is."

Doug Ford said it's too early to say what the outcome of the October election will be and it's "critical" for Mr. Harper to do well in Toronto and its densely populated suburbs.

"That could be the difference between a minority and a majority government," Mr. Ford said. "I'm confident he'll still be the Prime Minister. In what capacity, I guess the people will decide."

Neither Ford brother, whose late father was a provincial lawmaker, believes the ongoing Senate spending scandal will hurt Mr. Harper on election day.

The Prime Minister has been dogged by questions on the campaign trail about what he and his staff knew about a secret $90,000 payment by his then-chief of staff, Nigel Wright, to Senator Mike Duffy, who is facing 31 criminal charges.

"Nigel was doing something sincere," Rob Ford said of Mr. Wright's decision to pay Mr. Duffy so the lawmaker could, in turn, repay expense claims to the government. "Get this off the books, we don't need people to find out, take the money, just make sure it doesn't happen again, and taxpayers aren't owed any money – that's what I'm sure what Nigel is thinking."

Doug Ford called Mr. Harper "as honest as the day is long" and said average voters believe him on the Duffy issue.

"I think it's pretty clear, even to the common folk I speak to, the Prime Minister didn't know," the elder Ford brother said. "It's very simple. This guy – the Prime Minister – is a straight shooter. He definitely does not put up with garbage like that."

Rob Ford, who is recovering from cancer surgery, didn't seek re-election as mayor in 2014, instead winning back his seat on city council. Doug Ford finished second in the mayor's race.

"I'm feeling okay, you know, good days and bad days," Rob Ford said, remaining coy on whether he would run again for mayor. "Let's just take it one day at a time. You never know." 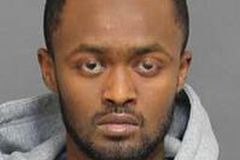 Rob Ford can work 1-2 days a week as he recovers from cancer surgery: doctors
July 3, 2015 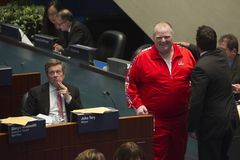 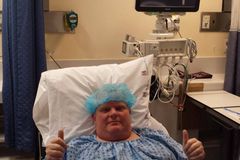