Dozens of military personnel and more than 20 civilians contacted a newly created sexual-misconduct response centre during the final four months of last year to report incidents of sexual assault or harassment, says a new report written for the head of Canadian Armed Forces.

The report, which details the initial steps the military is taking to address what one study described as an underlying sexualized culture in the military, comes after General Jonathan Vance, the Chief of Defence Staff, declared inappropriate sexual behaviour to be a threat to morale and to operation readiness.

"The report's not perfect. In fact, the report really does not claim an awful lot of success. It claims a beginning of a heightened awareness," Gen. Vance said in an interview with The Globe and Mail after the document was made public on Monday.

Gen. Vance made it clear in his first speech as the top soldier last July that he is determined to put an end to sexual harassment within his ranks. In August, he launched Operation Honour, a military-wide effort to eliminate the behaviour.

A report last spring by former Supreme Court Justice Marie Deschamps found that women in the army, navy, air force and military colleges are routinely subjected to degrading expressions, sexual jokes and unwelcome touching. Ms. Deschamps made 10 recommendations for change, including the creation of an independent centre that would receive reports of inappropriate conduct.

That led to the launch in September of the Sexual Misconduct Response Centre, which will take two years to be fully operational. Anyone who has been sexually harassed or assaulted by someone in the military can phone or e-mail the centre to obtain support and advice and, if they choose, to lodge a complaint that could lead to criminal proceedings.

Of all those who called, half were male and half were female, says the report, which makes it clear that the numbers do not necessarily reflect those directly experiencing sexual misconduct.

The response centre referred 23 calls to the Military Police Liaison Officer and that has resulted in the launch of six investigations, the report says.

"My suspicion right now, based on the anecdotal numbers that I've seen, is we're going to see more and more right now, we're going to be addressing a backlog," Gen. Vance said. "We're going to be encouraging people who otherwise would have just shrugged something off, or just lived with it, or kind of sucked it up, to say, 'No, this not good,' and they are going to report it. And I am happy about that."

But Michel Drapeau, a former military colonel and a lawyer who had represented military victims of sexual assault, said he was not encouraged by what he read in the report.

He pointed out that, according to the report, the military has so far been unable to meet Ms. Deschamps's recommendation that it develop simple, broad definitions of sexual assault and sexual harassment. And, he said, the Canadian Forces are still leaving the job of investigating sexual assaults in the hand of the military police when he argues that they are far better handled by civilian officers who have the appropriate expertise and training.

In addition, Mr. Drapeau said his clients have indicated they would not be willing to contact the new sexual-response centre to report an assault or harassment because they do not know who is on the other end of the line and they fear that it could negatively affect their military career.

"There is lots of rhetoric but nothing in actual practice that would change anything that would be beneficial or reassuring to the victims," he said.

The report, which is generally positive about the progress that has been made, says orders emphasizing that sexual behaviour is a serious problem have been issued through every chain of command within the Canadian Forces.

It notes that the navy has already taken "swift and visible action" to relieve a commanding officer after allegations of harmful and inappropriate sexual behaviour.

Gen. Vance has created two gender adviser positions and directed that education and training become part of military doctrine. And the Forces have developed a strategy to ensure the makeup of the military reflects the diversity of the Canadian population.

Defence Minister Harjit Sajjan told reporters that the important message is that the military culture is inclusive. "And anybody who does not fit into that," he said, "anybody who actually passes that line, well, they will be out." 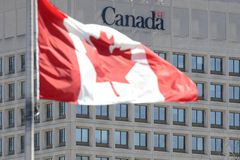 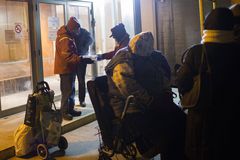 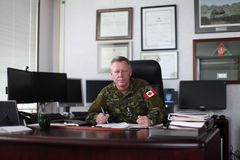