Senator Mike Duffy will finally find out his fate on Thursday as one of the country's most high-profile political trials comes to a close.

Ontario Court Justice Charles Vaillancourt is set to rule on whether Mr. Duffy is guilty or acquitted on some or all of the 31 charges of fraud, breach of trust and bribery he faces in relation to his expenses as a Conservative senator appointed by former prime minister Stephen Harper's government.

If convicted, Mr. Duffy faces up to 14 years in prison.

The ruling will be the first in a series of Senate expense cases making their way through the justice system, with possible implications for other senators now facing trials or criminal investigations.

It will also serve as the decisive moment in a trial that involved some of the most powerful members of Mr. Harper's Prime Minister's Office, including former chief of staff Nigel Wright, who gave Mr. Duffy $90,000 to pay off his expenses – and whom the senator is accused of bribing.

"Everything's on the table," Ottawa defence lawyer Michael Spratt, who followed the trial, said. "I don't think there's a slam dunk on any of the charges either way."

At issue in the trial are the PEI senator's housing claims for his Ottawa home, despite having lived there for years, travel incurred across the country, as well as Senate contract money.

Prosecutors contended at trial that Mr. Duffy set up an alleged "slush fund" to secretly pay for illegitimate expenses such as a makeup artist, office volunteer and a personal trainer – a system Mr. Duffy's lawyer called an administrative error.

"The manner in which that money was distributed could impact on the judge's findings about what Duffy's state of mind was," Mr. Spratt said.

The outcome of the trial will undoubtedly figure in coming court cases.

Retired Liberal senator Mac Harb's fraud and breach of trust trial begins in August, while that of Senator Patrick Brazeau, a former Conservative, is postponed until next spring. Both men face allegations surrounding their housing expenses, with residency being one of the core questions at play in Mr. Duffy's trial.

Mr. Binnie determined that a senator's primary residence is a "matter of fact" – a finding that could hurt Mr. Duffy's defence that the rules surrounding residency weren't clear.

The last senator convicted of fraud and breach of trust was Raymond Lavigne in 2011, when he was sentenced to six months in prison and six months of house arrest for fake travel claims and using Senate staff to cut trees on a private property.

Mr. Duffy, who is still a paid senator, will continue to receive wages even if he is convicted on Thursday. If at sentencing he receives anything more than a discharge, he would then be suspended without pay until all legal proceedings have finished, and it would be up to his Senate colleagues to remove him from the chamber altogether through a formal process.

If he is acquitted, Mr. Duffy can return to the Senate immediately with full pay and access to office resources. 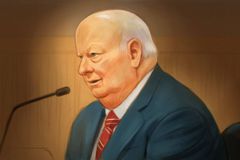 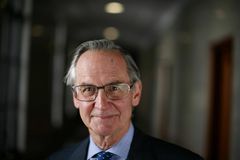 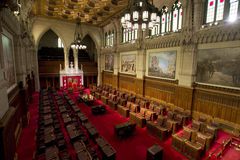 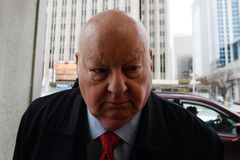