If there was a very thin silver lining for Conservatives to this week's much-circulated video of one of their supporters shrieking profanities at reporters, it was that the Mike Duffy trial has inspired the odd member of their base to rally around Stephen Harper as he sees fit.

There is real concern for the Tories, though, that the circus around the scandalized senator will serve as a demotivator for those who might otherwise be inclined to help out in more constructive ways.

Yes, this week's testimony by Nigel Wright – and the questions it has raised about Mr. Harper's truthfulness in claiming to have been in the dark when his then-chief of staff cut a personal cheque to cover Mr. Duffy's problematic expenses – will likely be a distant memory for most voters by the Oct. 19 election. As far as anyone can tell, only a minority of the electorate even paid attention while it was happening.

But at a point in this very long federal campaign at which all sides need to crank up enthusiasm among their backers, the Duffy-related unpleasantness threatens to contribute to a paradox in the Tories' path to victory.

Among the parties, the Conservatives' approach to winning elections is least about persuading new or swing supporters, and most about mobilizing existing ones. The idea is that even if polls suggest they're below where they need to be to win, an efficient vote – strong turnout among supporters, where they need it – will give them the edge. That seems especially important from their perspective in this campaign, with their support currently hovering somewhere around the 30-per-cent mark, which is not a great starting point.

At the same time, there are all kinds of signs that it will be harder for them to beat their opponents on turnout than it used to be. It's often tougher to get people excited about casting a ballot for a party that's been in power for a decade, especially when its baggage is on full display, than one offering change. After lagging way behind the Conservatives on the use of data and analytics to help identify supporters and get them out to the polls, the other parties have at least narrowed the gap and by some accounts surpassed them in terms of innovation. And much more so than the Tories, both the Liberals and New Democrats have spent the past few years building armies of volunteers to canvass or otherwise help spread the word.

That last one, in particular, shouldn't be underestimated. The Tories have increasingly relied on paid forms of voter contact, phone banks above all else. It's obviously worked for them so far. But even setting aside mounting research showing more organic contact is more effective, it's getting harder and harder to reach people by phone or rely on them to otherwise take notice of the campaign, which places a premium on supporters willing to spread the message for free.

To the extent the Conservatives do have those people, the second and third weeks of the campaign being dominated by scandal has not exactly been an incentive to spend summer nights pounding the pavement. Knocking on the doors of a largely indifferent electorate can be an exercise in frustration to begin with; doing so when many of those paying attention will be unusually attuned to your party's baggage might require a masochistic streak.

The long campaign means there is plenty of time for the Tories to invigorate their base. If not with their own policies, they should be able to drum up fears of their opponents in ways that help with that. But theirs is the only party ill-positioned to build momentum on the ground right now and that could come back to haunt them if many ridings are closely contested.

The obscenity-hurling gentleman who made his presence known this week is no doubt still willing to go out and spread the word. The Conservatives could use more not like him. 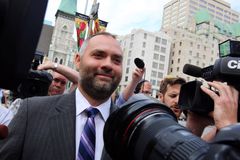 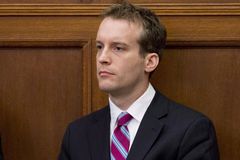 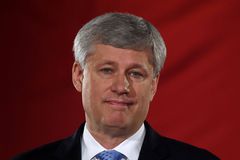