Senator Mike Duffy’s lawyer is set to begin his cross-examination of Nigel Wright today, after Stephen Harper’s former chief of staff began telling his side of the expenses scandal that engulfed the senator and the Prime Minister’s Office. Here’s what’s emerged at the trial and on the federal campaign trail so far. Follow @stevenchase and @camrclark for news on the trial as it develops.

The second day of testimony by Mr. Wright, who resigned from the Prime Minister’s Office in 2013 after the payment came to light, began with the Crown asking the wealthy businessman to elaborate on why he instructed a fellow PMO staffer to tell no one about the $90,000 bank draft.

Nigel Wright arrives for Day 2 of his testimony at Duffy trial https://t.co/jG7v3GfEIM

In response, Mr. Wright cited a book of the New Testament, Matthew, and in particular, Matthew 6, verse 3.

“This is sort of Matthew 6: You should do those things quietly and not let your right hand know what your left is doing,” he told the Ottawa court.

There are different translations of most Bible verses but a generally accepted version of the verse in question discusses how people should not boast of alms to the poor: “When you give to the needy, do not let your left hand know what your right hand is doing.”

Senators earn more than $140,000 annually in their stipend from taxpayers. 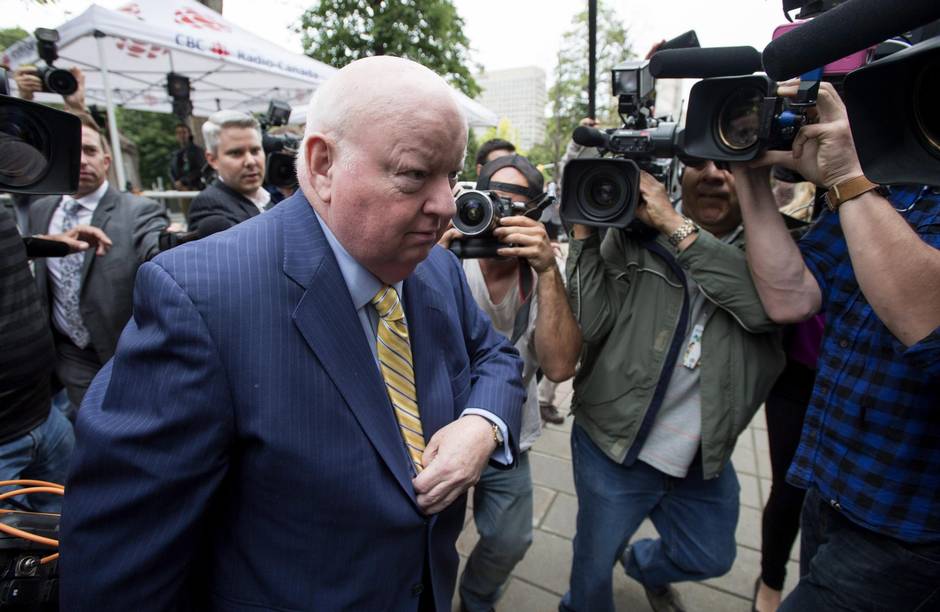 Mr. Duffy, a Harper appointee to the Senate, faces 31 charges including fraud, breach of trust and bribery and has pleaded not guilty. At the centre of the allegations is a $90,000 cheque from Mr. Wright to Mr. Duffy, paid so the senator could reimburse taxpayers for questionable expense claims. Mr. Wright was investigated by the RCMP but never charged.

(From the archives: Nigel Wright’s career and rise to the PMO)

Mr. Wright’s e-mails, tabled as evidence in the trial, showed how the top staffers in the PMO dealt with the unfolding Senate expenses scandal in real time. Read more here about who he was corresponding with.

A pattern of paying: Mr. Wright, a wealthy businessman who worked for the PMO while on leave from private equity firm Onex Corp., told the Ottawa court he regularly paid PMO work expenses out of his own pocket and that it was no huge leap for him to pay Mr. Duffy’s $90,172.24 tab.

“I had sort of a bit of a pattern paying for things that way, so I just felt I would do it.”

How the plan unfolded: Mr. Wright described what was known inside the PMO as the “scenario for repayment,” a plan to make Mr. Duffy’s expenses scandal quietly go away by saying he had possibly made a mistake in his claims, rather than suggesting he had done anything wrong. In the end, the chairman of the Conservative Party’s financial wing balked at the final price tag, which is when Mr. Wright testified that he decided to pay it himself.

“If [the plan] became public, I thought it would be somewhat embarrassing. But there were a whole lot of connotations associated with it that I didn’t really think through. If I had, I might not have done it.”

What the PM knew: Under questioning from Crown attorney Jason Neubauer, Mr. Wright made it clear he didn’t tell Mr. Harper, the Conservative Leader, that the deal involved someone else paying Mr. Duffy’s contested expenses, but did say that several of Mr. Harper’s closest aides were in the know.

“I told [Mr. Harper] that Sen. Duffy was agreeing to repay; I gave him – in very broad terms, not in detail – the media lines. I think what I stressed with the prime minister was that we believed, and the government would be saying, Sen. Duffy had possibly made a mistake in his claims … as opposed to wrongdoing, and that he would repay them.” 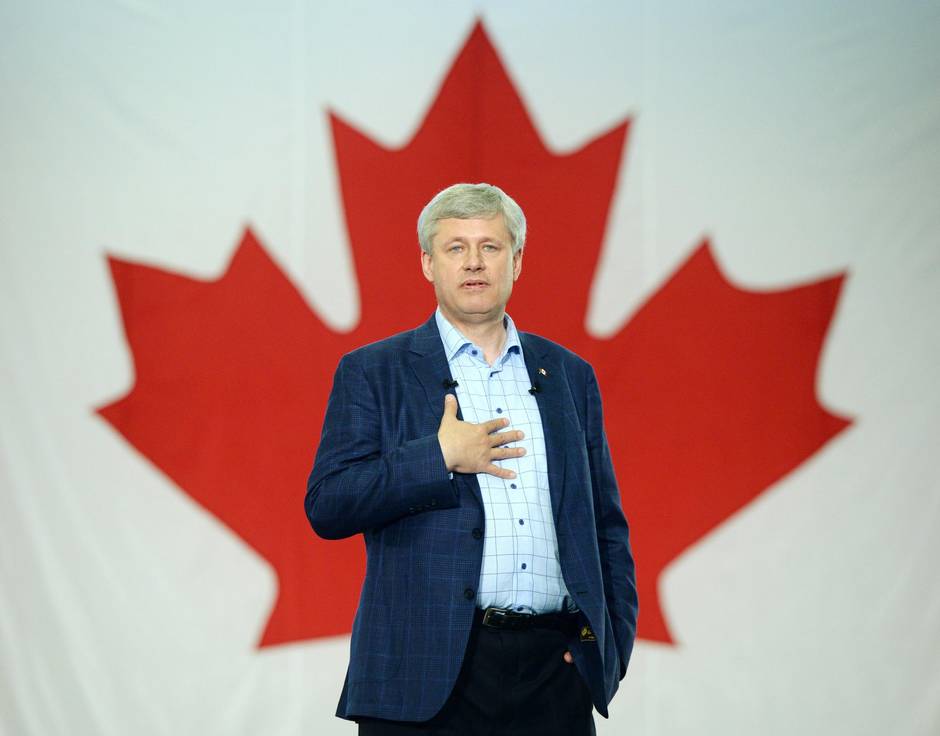 Mr. Wright’s testimony dovetailed with what the Prime Minister has been saying for years: that Mr. Harper was never aware of a plan for either the Conservative Party or Mr. Wright himself to pay back Mr. Duffy’s impugned expense claims. The Conservative Leader repeated those points on Wednesday. “Mr. Duffy came to me, and I said to him that his expenses, in my judgment, could not be justified,” Mr. Harper told a news conference at a campaign event in Vancouver.

Mr. Harper said it was always his understanding that Duffy would repay the expenses himself. “That’s what we were told was going to happen,” he said. “When I found out that is not what happened, that in fact they’d been repaid by somebody else, we made that information public and I took the appropriate action.”

Mr. Harper did not clarify what has long been a murky area in the Duffy affair: whether or not Wright’s departure from the Prime Minister’s Office was voluntary. He also continued to take credit for making the scheme public when in fact it was a CTV News report that first disclosed Wright’s $90,000 payment.

What the opposition says

The New Democrats wasted no time taking full advantage of the scandal’s return to prominence Wednesday. “Nigel Wright may be on the witness stand, but it’s Stephen Harper who is on trial,” NDP Leader Thomas Mulcair said during a campaign event in Levis, Que. “Mr. Harper has time and again said one thing and its opposite during this whole Duffy-Wright affair. And when you say one thing and its opposite, it’s quite obvious that both can’t be true.”

Liberal Leader Justin Trudeau, who was campaigning in Regina, gave a decidedly muted response to the Senate revelations. “What we see right now is Ottawa is going to be entirely focused on what’s coming out of that trial,” Trudeau said. “People are going to be talking about all the things that went wrong with the Harper government. I’m going to be talking about how we fix Canada and how we build a strong economy for the future of Canadians.”

With reports from The Canadian Press and Chris Hannay