The Conservatives in the Senate have imposed a time limit on debate on the proposed suspensions of three of their colleagues.

Senators Patrick Brazeau, Mike Duffy and Pamela Wallin, all appointed by Prime Minister Stephen Harper, are facing suspension without pay after repaying tens of thousands of dollars in questionable expenses.

The Conservative majority in the Senate voted Monday to limit debate on the proposed suspensions in order to force an expedited vote. The debate is expected to go late into the night on Monday to allow a final vote to take place late Tuesday afternoon.

On the Conservative side, Senators Nancy Ruth, Hugh Segal and John Wallace voted against the time allocation motion.

Conservative Senators Don Plett, Don Meredith and Ms. Wallin, a former Conservative who is among the three facing possible suspension, abstained on the vote.

The issue has been problematic for Mr. Harper, as his former chief of staff, Nigel Wright, paid $90,000 from his own account to cover the living expenses claimed by Mr. Duffy for time spent in Ottawa even though he has lived in the city for many years. In addition, the Conservative party has admitted it paid more than $13,000 to pay for Mr. Duffy's legal fees.

The Duffy affair has raised many questions about who in the Prime Minister's Office was aware of the payment made by Mr. Wright – and when. Mr. Harper insists he was kept in the dark. He has made it clear he wants the matter ended, and the senators booted, as quickly as possible.

"We have not heard any new arguments from our Liberal colleagues for at least a week," said Yonah Martin, the deputy leader of the government in the Senate, after moving that the discussions in the Red Chamber, which have been going on for two weeks, be brought to an end. "The debate has been quite repetitive."

Ms. Martin accused the Liberals of using delay tactics to bog down the debate about the proposed suspensions without pay of senators Mr. Duffy, Mr. Brazeau and Ms. Wallin. "It is the entire institution that is being dragged through the mud," she said.

She went on to make a plea to move on to other things as Veterans Day approaches.

That prompted a cry of outrage from Liberal Senator Jane Cordy, who said she was shocked that Ms. Martin referred to veterans in her effort to shut down the debate. "Do you really believe that our veterans fought for time allocation?" Ms. Cordy said.

After senators vote on the time allocation motion – which is bound to be passed given the Conservative majority – there will be six hours of debate in the Senate before the chamber will vote on whether the three senators should be suspended.

James Cowan, the leader of the Liberals in the Senate, pointed out that, while most of the Liberal senators and the independents have stood to talk about the motions to suspend the senators, Conservatives have mostly remained silent.

The most vocal have been the few – including Mr. Segal and Mr. Plett – who have indicated that the motion does not have their support.

It is "not good enough" for senators not to let Canadians know where they stand on this matter, said Mr. Cowan, who has moved an amendment to the suspension motions which would task a Senate committee with conducting an inquiry into the expenses.

Although Mr. Duffy has appeared in the Senate twice in the last two weeks, causing an uproar each time with his allegations of conspiracy and cover up on the party of the Prime Minister's Office, he remains on medical leave due to a heart condition. Ms. Wallin is staying silent after documents made public last week indicated that the RCMP is investigating her for possible fraud and breach of trust.

Some senators, including a couple of Conservatives, have said they do not believe Mr. Brazeau, Ms. Wallin and Mr. Duffy have been given a full and fair hearing, and they argue that the suspensions should not be imposed until the results of RCMP investigations into the expenditures of their three colleagues have concluded.

On Monday, John Wallace, a lawyer from New Brunswick who was appointed as a Conservative senator in 2008 by Mr. Harper, joined the small handful of Tories who have voiced concerns about due process.

"We absolutely cannot take any shortcuts to achieving a fair and just result for those who stand accused," Mr. Wallace told the chamber. "A rush to judgment can result in justice denied."

It would be wrong, he said, to limit to six hours the debate on three separate and unrelated allegations of "gross negligence" that have been leveled that Mr. Duffy, Mr. Brazeau and Ms. Wallin, he said.

The NDP said it will try to get a clearer sense of events during Question Period this week, accusing the Conservatives of trying to cover up embarrassing audits into the expenses of senators. 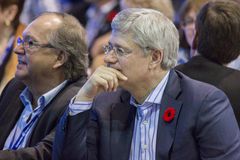 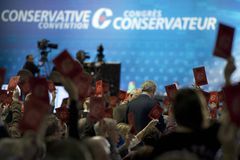 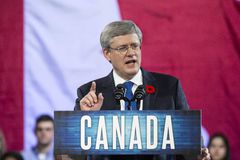