Because he launched the federal election campaign a month early, Stephen Harper is about to be subjected to a barrage of questions about Nigel Wright, who is slated to begin testifying at Mike Duffy's trial Wednesday.

Why would the Conservatives do such a thing?

They have done it because they believe the pluses outweigh the minuses.

"Harper campaigns best when he sets and controls the agenda," offered Tim Powers, a government-relations specialist who has close ties to the Conservative Party.

By calling the election in early August, Mr. Powers observed, the Conservative Leader has been able to control the debate, with policy announcements on the economy, national security and law and order.

If the airwaves are filled with opposition politicians, commentators and their ilk criticizing, disparaging, condemning the latest Tory initiative, that suits Mr. Harper just fine.

But this Tory-controlled narrative is about to be disrupted. Former Conservative Senator Mike Duffy is on trial for fraud over expense claims he filed, and the role of Nigel Wright, Mr. Harper's former chief of staff, in the affair is critically important. Why did Mr. Wright decide to write a personal cheque to pay off Mr. Duffy's expenses? If he never told the Prime Minister about the cheque, why didn't he? And so on.

But a senior Conservative strategist, speaking on background, predicted that nothing new will emerge from the trial and that attention will quickly shift away from it. The debate will return to the agenda that the Conservatives have already established and entrenched by going early.

Pollster Nik Nanos also believes that nothing new will come out of Mr. Wright's testimony. "The Conservative Party would never place the Prime Minister in harm's way," he said in an interview. The party must be certain that Mr. Wright, speaking the truth, will say Mr. Harper had no knowledge of the cheque until it was reported in the media.

NDP Leader Thomas Mulcair and Liberal Leader Justin Trudeau may agree. Neither of them raised the question of Mike Duffy, Nigel Wright or the cheque during the leaders' debate last week.

That said, having Mr. Wright testifying during an election campaign is hardly a good thing. At an event in Vancouver, Tuesday, Mr. Harper was asked about several elements of the disputed narrative surrounding the payment.

Had the Conservatives delayed launching the election until September, Mr. Harper would have been spared this daily grilling by reporters. He would be sitting at Harrington Lake, the Prime Minister's summer residence, listening to nothing more troubling than the call of a loon.

But the Conservatives are convinced everyone has already made up their mind on the Senate expenses scandal.

Mr. Nanos believes that as well. "The impact of the Senate expenses scandal on polling numbers is already baked in," he said.

Or to put it another way: How many people who are leaning toward voting Conservative today are likely to change that vote because of anything Nigel Wright says on the stand? Not many, the Tories believe.

The Conservative strategy could backfire. Mr. Wright's testimony could place the Senate expenses scandal front and centre in the campaign, making it the same kind of millstone as the Quebec sponsorship scandal, which doomed Paul Martin's Liberal campaign in 2006.

But the Conservatives have thought the matter through, weighed the pluses and minuses, and decided to take their chances. We'll know soon enough whether they were right. 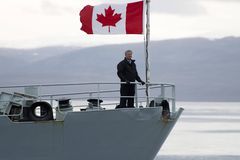 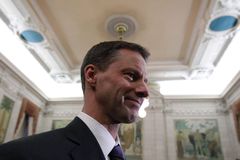 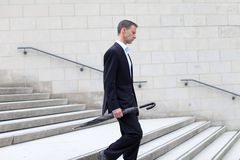