There are few better barometers for a controversy in Ontario politics than whether it captures André Marin's attention.

If it's generating enough headlines, and seems to have staying power, the provincial Ombudsman can't resist wading in. So when Mr. Marin announced Thursday that his office was exploring whether to launch a full investigation into "eco fees" - specifically the newly imposed charges, often passed down from manufacturers to consumers, for disposal of thousands of potentially hazardous household items - it underscored that the issue has taken on a life of its own.

So for the second summer in a row, Dalton McGuinty's Liberals find themselves on the defensive, unable to quiet things down or change the topic to something they want to talk about.

For that, they can blame a hint of media sensationalism, and opposition misrepresentation, and some questionable retailer behaviour. But they can also blame themselves. Because not for the first time, they failed to pay sufficient attention to a file that could - and did - easily blow up in their faces.

Are eco fees, most of them supposed to total only a few cents, a marginal issue relative to the massive economic and budgetary challenges the province faces? Absolutely. Are they really a "tax," as the Liberals' opponents claim, if the money is neither collected by the government nor directed to its coffers? Probably not. Is it hypocritical for the provincial Conservatives to call for the demise of Stewardship Ontario, the non-government agency that imposes eco fees, when they themselves created it? You bet.

But for all that, the Liberals were asleep at the switch. Here was a provincially regulated agency, set to impose new charges on everything from paint to fire extinguishers to prescription medications, on the same day the new harmonized sales tax took effect. And the government seemingly did nothing to ensure that it was either administered or collected properly - resulting not only in an unpleasant surprise, but also in consumers being overcharged by some retailers.

Liberals argued, in the days after the story broke, that Stewardship Ontario is an arm's-length agency with which they're disinclined to meddle. But on Tuesday, Environment Minister John Gerretsen sent a letter taking it to task for the way the fees were administered, and threatening to "eliminate altogether" the ability to charge them. So he evidently wasn't restricted from intervening - he just failed to do so until nearly two weeks after the fees started being collected.

There was, memorably, this spring's sex education embarrassment, when Mr. McGuinty felt compelled to cancel curriculum changes that - pushed through on the day of a cabinet shuffle - seemed to surprise him as much as anyone else. And there was the recent blow-up over the G20 security law that didn't really exist, when the government bizarrely left it to police to announce and interpret a new provincial regulation, then failed to publicly correct the record when the regulation was misrepresented.

Even last year's e-Health fiasco fit the same pattern. That time, the Liberals adopted a hands-off approach as a government agency spent hundreds of millions of dollars without proper accountability, and didn't do much to head off the scandal even after it was known that the opposition had submitted a slew of freedom-of-information requests.

On their core priorities, the Liberals are still quite good at issues-management. The recent battle with pharmacies to reduce generic drug prices, for example, was masterfully planned out. But focusing only on their priorities isn't a luxury they have, particularly as a looming election brings added scrutiny.

Government often resembles a game of Whack-a-Mole, with officials spending much of their time dealing with things that pop up at unpredictable times in unpredictable places. Lately, too many Ontario moles have been going un-whacked. 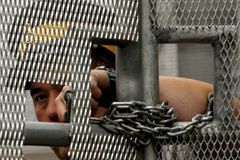 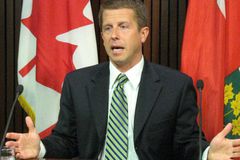