Last year, it didn't look like this was going to be an election about the economy.

Today, things may be changing.

For the longest time, Conservative election planners imagined jumping into a writ with steady growth, good employment, balanced books and generous tax cuts. If not a prime minister voters could love, at least a record people would be hard-pressed to dismiss.

Meanwhile, opposition parties struggled a bit to find economic ideas with booming appeal. The middle class hasn't had a raise. The manufacturing sector is shrinking. Too many people, especially young people, are underemployed. All of these themes found some resonance, but none became resounding battle cries.

That's because voters felt the economy was soft but not in great peril.

For voters to look for government action, fear needs to be present and widespread. Weakness in some parts of the economy, in regions far from where I live, doesn't add up to the kind of fear that redefines an election.

Over the last little while, polling has suggested a firming up of Conservative support. Not a surge, exactly, but a noticeable uptick. Some say it's a reaction to Ottawa distributing billions of dollars to taxpayers and community projects, and there's probably something to that. But I think there's something else going on, too.

Every day, there's more evidence the Canadian economy is in trouble. Whether or not it's a technical recession is beside the point, politically. People know when they feel worried. The economy for voters is about mood, not a set of indicators.

The Conservatives may have hoped to ride great economic statistics to a fourth win, but here's an irony: Their prospects might be brightening a bit because the economy is darkening.

When voters think things are so bad that they couldn't get worse, they want change.

When they think things are so good that nothing could go wrong, they are open to sampling fresh talent and ideas.

But when people aren't sure what lies ahead, when they imagine that government might need to do something or that doing the wrong thing could make a soft patch turn into a hard landing, people size up their options more carefully.

In the campaign ahead, many other issues may take a back seat to the economy. A shaky China, a gloomy Europe, struggling commodities and a smaller manufacturing sector could well turn this into a different election than expected.

To voters, it might now seem more logical to focus on whether more stimulus is urgently needed, rather than different ways to return surpluses or more fairly distribute economic gains.

Cutting personal taxes and distributing cheques to families will never be unpopular, but it's the kind of idea people associate with times of plenty. It may not seem like much of a plan to deal with a broader sluggishness affecting much of the world.

Canadians prefer balanced budgets to deficits. But if given a choice between a balanced budget with no new measures to spur growth or a modest deficit and more economic pump priming, a lot of people might be tempted by the second option.

My point is not that this new context plays to the strengths of the Conservatives. But what voters look for is different when the economy is shrinking rather than growing.

All things being equal, a soft economy should mean more opportunity for the Liberals and the NDP. But to seize that opportunity, they may need to adapt their platforms and positions to suit new circumstances. Winning votes will not be simply about change – the most change or the most progressive change. It will be about ideas that sound sensible and people who instill confidence. 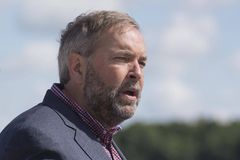 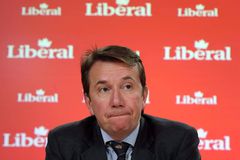 Harper’s tight-lipped strategy could hurt him on trade and TPP
July 16, 2015