Stephen Harper is putting a new focus on Canada's rising home-ownership rate, but some economists warn that pushing to drive it higher is a "wrong-headed" approach in an overheated market.

In government, the Conservative Leader brought in policies to encourage Canadians to save for their first home. Now, on the campaign trail, Mr. Harper's promotion of home ownership is shaping up as a key part of his party's pitch to Canada's younger middle-class voters as he promises a package of new measures.

In a new twist to his message, Mr. Harper recently boasted that his party's policies have contributed to the fact that Canada's home-ownership rate is now higher than in the United States.

"Nearly 70 per cent of Canadian households own their homes and friends, in this campaign, we are pledging to build on this record to do even more to provide the personal and financial security that a home represents," Mr. Harper told supporters at an Ottawa rally Sunday.

Canada's home-ownership rate is not often cited by Mr. Harper. It is a statistical achievement that did not turn out well for the U.S. when it reached a similar level more than a decade ago.

"It's what we saw in the United States and we all know how that ended," said David Madani, Canada economist for Capital Economics. "I don't think it's a target we should be shooting for … To be focused on that is a bit wrong-headed, particularly at a time when we can all agree that housing is substantially overvalued."

In 1995, U.S. president Bill Clinton launched a National Homeownership Strategy with the goal of raising the rate from 64 per cent to 67.5 per cent over five years. The push continued under president George W. Bush, who promoted an "ownership society" and boasted in 2003 that the home-ownership rate had reached a record 69.2 per cent. The U.S. went on to face a major real estate correction that contributed to the global financial crisis of 2008. The ownership rate in the U.S. has since dropped back to 64 per cent.

Canada Mortgage and Housing Corp. announced this month that it was upgrading the risk of a housing correction in Toronto to "high" from "moderate." Regina and Winnipeg are also listed as facing a high risk of correction. The federal Crown corporation said that nationally, the housing market is moderately overvalued.

So far this campaign, Mr. Harper has announced that he would increase the amount that Canadians can withdraw from their Registered Retirement Savings Plan to put toward a down payment on their first home from $25,000 to $35,000. He also announced that when federal finances permit, he will bring back the home-renovation tax credit and make it permanent. Mr. Harper has also promoted the fact that his government has nearly doubled the maximum yearly amount that Canadians can contribute to their Tax Free Savings Account, which can be used for any purpose, including saving for a home.

A rising home-ownership rate proved to be a signal of future unemployment in U.S. states, according to a 2013 paper by the U.S. National Bureau of Economic Research, a private, non-partisan research organization. That research suggested that homeowners are less likely than renters to move in order to find work.

Tsur Somerville, director of the UBC Centre for Urban Economics and Real Estate, said there is no correct level for the home-ownership rate.

He notes that the figure is heavily influenced by cultural and demographic factors, pointing out that citizens in Quebec and Europe are more likely to rent, as are younger Canadians. Canada's rising home-ownership rate is likely influenced by the fact that Canada's median age is also rising.

"I look at this package of policies and consider them really kind of marginal in general in terms of their overall impact," he said, describing the recent Conservative promises as more political than economic. 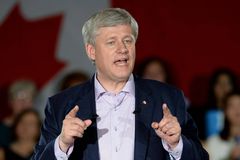 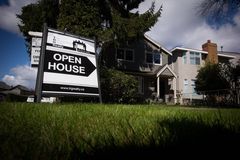