The economy trumps terrorism by a massive margin as a priority for Canadian voters, according to a new poll, even as the Conservative government turns its attention to national security in preparation for this fall's election.

Canadians are also far more likely to favour infrastructure spending over tax cuts as the best way to give the economy a boost.

The survey results come at a time when the two main topics on Parliament Hill are related to terrorism. Members of Parliament are debating the government's anti-terrorism legislation, Bill C-51, and a majority of MPs voted on Monday to renew and expand Canada's military mission against the Islamic State, including bombing in Syria.

Finance Minister Joe Oliver has not set a date for the 2015 budget, but said this week it is coming soon. Opposition MPs have accused the government of fanning concerns about terrorism to deflect attention from a worsening economy.

Before the price of oil dropped last year, economic matters dominated the political messages from Prime Minister Stephen Harper and his ministers. That rhetorical focus has faded. Bank of Canada Governor Stephen Poloz warned this week that Canada will report an "atrocious" growth figure for the first quarter of the year, largely due to lower oil prices.

When asked by the polling firm what the government should do with a budget surplus, building infrastructure, at 32 per cent, was the most popular response. Paying down the national debt was the second-most popular response at 30 per cent, followed by 23 per cent who said the government should invest in social programs and 14 per cent who wanted tax cuts.

The Conservative government decided in October to spend most of the expected surplus on tax cuts. The Prime Minister announced family-focused cuts worth about $5-billion a year that include limited income splitting for parents, increased monthly payments through the Universal Child Care Benefit and an increase in the tax deduction for child care expenses.

Finance Canada is heavily promoting those tax cuts on federal government websites under the heading "Budget 2015," even though the budget date has not been announced.

Pollster Nik Nanos said the recent focus on terrorism has been good for the Prime Minister's personal approval ratings, but suggested the Conservatives will need to talk about issues like the economy, infrastructure, debt and social policy if they want to gain new supporters.

"This poll actually should be a wake-up call for all the parties in terms of what they're talking about and what Canadians want to hear about," he said.

The Nanos survey was conducted between March 21 and 24. The random poll of 1,000 Canadians involved calling a mix of land and cell phone lines and then directing participants to an online survey. The results were weighted by age, gender and geography to be representative of Canada based on the latest census information. The margin of error is plus or minus 3.1 percentage points, 19 times out of 20.

The Conservative government announced a 10-year spending plan for infrastructure in the 2013 budget called the New Building Canada Plan, which took effect last year. There are signs that the government is looking to announce additional infrastructure spending in the budget.

The Globe reported on Monday that Mr. Oliver and senior Conservative staff responsible for the budget have met recently with officials from the Federation of Canadian Municipalities. The FCM wants the budget to include at least $1-billion a year in new funding for public transit and money for municipal waste-water projects and social housing.

Infrastructure Minister Denis Lebel said in an interview that while he cannot comment on the budget, Ottawa is already spending record amounts on infrastructure.

"I'm not surprised having mayors asking for money, but they have to recognize that's the biggest [infrastructure] plan we've ever had in the country," he said. 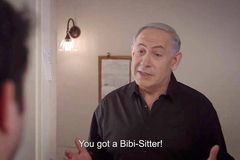 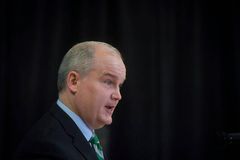